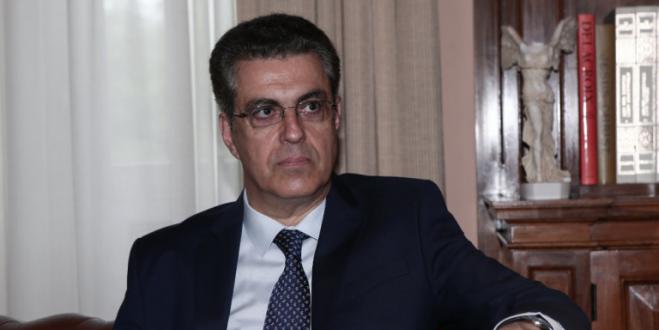 Closed detention facilities are not prohibited by the European Court of Human Rights (ECHR), as long as the European Convention on Human Rights’s Article 5 is observed, Court President Linos-Alexandre Sicilianos told a Greek Parliament committee on Tuesday.

The judge was addressing the Special Permanent Committee on Equality, Youth and Human Rights and its Subcommittee for combating human trafficking and exploitation, and responding to concerns of Syriza deputies on the government’s plans to build closed facilities for migrants on the islands.

Sicilianos said that as long as the facilities observe article 5 which relates to the protection of human rights and the right to personal liberty and protection, there is no prohibition according to the Court.

As he explained, “There is no issue of restriction on personal liberty if a person who is staying for a month at a closed detention center is allowed to leave and re-enter. Its operation is not prohibited.” He further explained that the regulations for closed and open detention centers differ. For example, individuals at closed facilities may take recourse to article 5, while those who are at open facilities may not do so.”

Alternate Migration and Asylum Minister George Koumoutsakos, also at the briefing, welcomed a recent decision of the ECHR that ruled in favor of Spain over a contested group return to Morocco of nearly 75 nationals of third countries, both migrants and refugees, who had tried to enter its territory illegally. The Court found that Spain had not violated the European Convention. The decision “signals a shift of the migrant and refugee issue toward a more realistic management,” he said, confirming European law and order, “a fundamental value of border protection.”

Among other issues, ECHR’s Sicilianos said that the Court gives absolute priority to cases of torture and killings, followed by national importance issues, detention conditions and jails. In terms of Greece, he said, the Court has found delays in investigation and solving of human trafficking and exploitation, and he underlined the need for speedy action and prevention.

In terms of unaccompanied children, Sicilianos said Greece has been twice found guilty for violations and what the ECHR cares about most is their protection, not their detention. “Unaccompanied children must not be detained, but must be placed elsewhere and be protected,” he said.