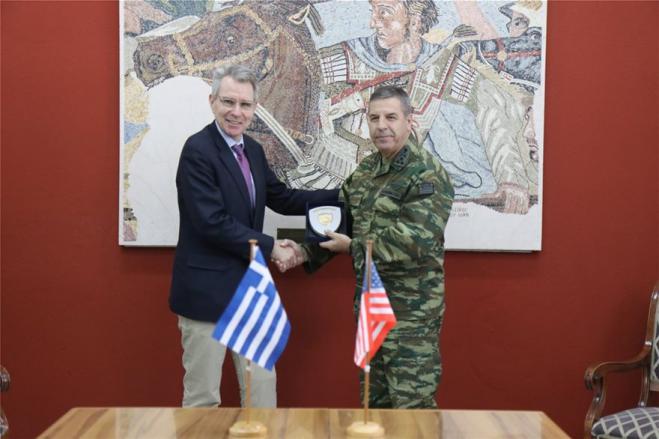 The chief of Greece's Army General Staff Lieutenant General Charalambos Lalousis and US Ambassador to Greece Geoffrey Pyatt attended the joint military drill of the 1st Army Aviation Brigade and the US's 3rd Combat Aviation Brigade (3rd CAB), carried out on Wednesday at Stefanovikio near Volos in central Greece.

In his statement at Stefanovikio Pyatt said that "our work together this year takes on special significance in light of the signature last October by Foreign Minister Dendias and Secretary of State Pompeo of the amendments to our Mutual Defense Cooperation Agreement, which was ratified by the Hellenic Parliament at the end of last month."

The US Ambassador underlined that this joint military exercise "demonstrates the American commitment to our Alliance with Greece and provides substantial proof of what Secretary of State Pompeo said in his letter to Prime Minister Mitsotakis, that the United States is committed to Greece’s security, prosperity, and democracy."