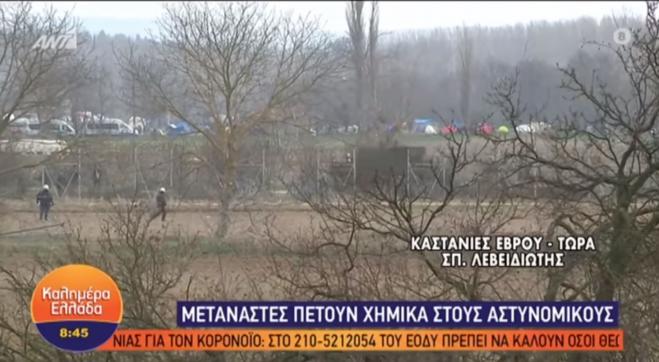 Russia on Tuesday said that Turkey was trying to push 130,000 refugees from Syria into Greece, the Interfax news agency cited the Defence Ministry as saying.

The two thirds of these refugees – that Turkey is pushing from temporary camps in Syria – are Afghans, Iraqis and Africans, not Syrians, it added.

Since Friday’s announcement at least 13,000 people have reached the land crossing, according to United Nations estimates, under the impression they could cross the border. Most have so far been stopped by Greek police, which requested the rapid deployment of the European Union’s border agency, Frontex, to help manage a sudden surge in attempts to enter the country.

Meanwhile, the conflict between the Syrian forces and Turkish troops continue, as Assad’s army launched a powerful offensive in the town of Al-Nayrab, where a large Turkish army was stationed. Another Turkish soldier was killed and nine more injured. Ankara has said death toll of its soldiers stands at 57 Turks, though reports suggest a number that exceeds two hundred.

Turkish President Tayyip Erdogan will visit Russia on Thursday for a one-day trip amid tensions between Ankara and Moscow over escalating clashes with Syrian government forces in Syria’s northwestern Idlib region.