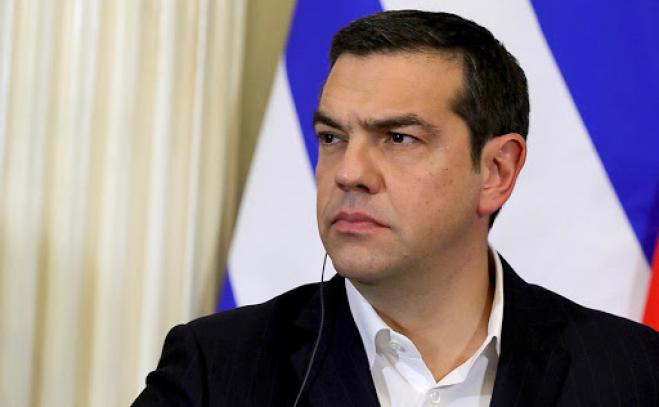 SYRIZA leader Alexis Tsipras presented the party's plan for the second phase of the coronavirus crisis fallout on the economy, Menoume Orthioi II (We remain standing), at Zappeion Hall on Monday night.

After acknowledging that the government followed the directives of scientists on the crisis, the main opposition leader criticized it for "now focusing only on how to use the crisis to accelerate all reactionary measures" intended for the economy, labor and the social state even before the pandemic. Prime Minister Kyriakos Mitsotakis, he charged, "believes that the economy can revive without injecting liquidity into the market."

The program Tsipras presented, covering the coming four months, includes a fiscal expansion program of 13.4 billion euros for the real economy and households, as well as measures for all employees, unemployed and independent business owners.

It includes support of jobs, not suspension of it, the Syriza leader said, and includes the introduction of an emergency wage, reduction of VAT in the food sector by 6 pct, reduction of pre-paid tax for businesses by 50 pct, special loan-guarantee tools through the Development Bank, and a subsidized program for domestic tourism for 3 million Greeks.

"The plan we present is not a proposal for the sake of opposition criticism - at its core is the boosting of demand, or the support of jobs and employees' income," the Syriza leader said. "That's why we support every proposal for sharing risk and redistribution of the burden to the benefit of weaker countries and regions of Europe, and the Franco-German proposal, despite its weaknesses, expecting the greatest possible support of the Greek economy by European funds."

The presentation is continuing, and other speakers expected to address the audience as well.