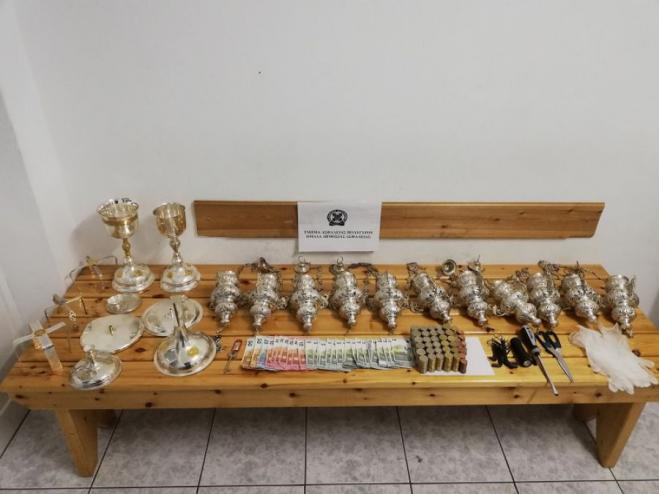 Pretending to be a pilgrim, a man hid in a Temple in Halkidiki, from where he removed coins and banknotes, silver candles, a silver chalice of the Holy Table and the key to the church.

The perpetrator was located and arrested by police officers of the Security Department of Polygyros, Halkidiki, for a distinguished case of theft. A little while earlier, he had removed from the inside of the church the amount of 1,000 euros, eleven candles, two silver cups and the key to the Holy Temple, while he took care of some of the loot to hide them in a forest area of ​​Halkidiki.

The detainee was found in possession of the sum of 937.91 euros, the key and various burglary tools, which were returned to their rightful owner.

With the criminal case against him, he will be taken to the competent prosecutor.