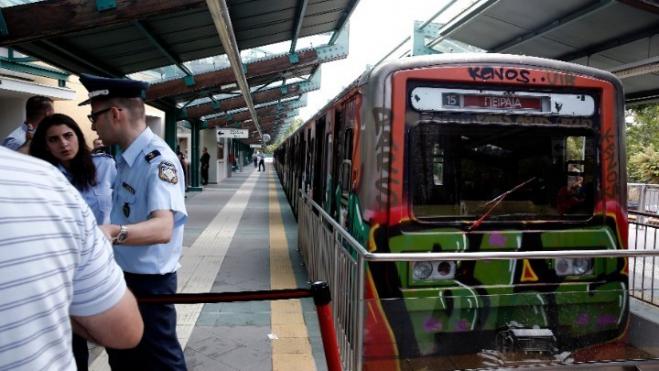 Eight people were taken to hospital with minor injuries after the accident at the Kifissia terminal of the Kifissia-Piraeus green line, or Athens metro line 1, on Tuesday.

Three were taken to 'Erythros Stavros' hospital and five to Evangelismos Hospital, while none are in danger.
The train slammed into a wall at the end of the platform at low speed after its brakes failed, after the rails became slippery due to rain. Trains on line 1 are running normally.