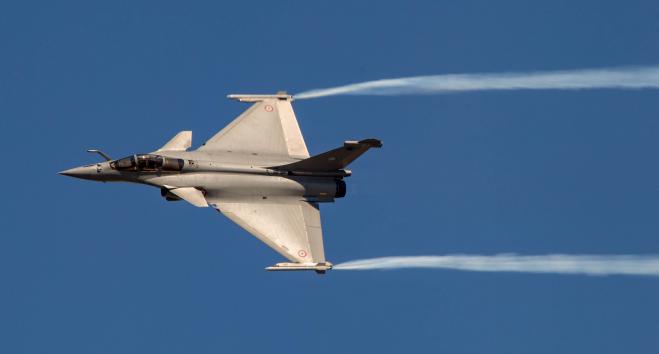 In the coming days, the emergency armament program for the reinforcement of the country's Armed Forces is expected to be "closed".

According to information, the intention of the government is to finance new purchases and upgrades of the existing equipment of the Armed Forces. The budget of the 10-year program may reach 10 billion euros in the long run. Of this, funds amounting to 1-1.5 billion euros are expected to be disbursed in the coming months for the purchase of missiles, torpedoes, spare parts, etc.

The signatures with France on September 10?

According to information from the press regarding the armaments negotiations with France, these are already in progress and although many conversations are still to be held, it has been discussed between the two sides and is considered extremely likely on September 10, Greece and France to sign their "defense alliance", in Corsica, where the Summit of the countries of the South will take place.

Although the discussions are ongoing and there is still a lot to be discussed and therefore nothing can be taken for granted. However, the timing of September 10 to for the signing is considered ideal by Athens.

Speaking to SKAI, the Minister of State stressed that consultations are already underway with the government wanting to strengthen the Armed Forces and the country's defense industry.

George Gerapetritis spoke, in fact, about an "options menu", saying that the relevant negotiations are already underway. "We are in negotiations and discussions with many forces with the intention of upgrading our defense industry as well," the Minister of State said, adding: we have".

Gerapetritis: The goal is to upgrade weapons systems

Mr. Gerapetritis stressed that there is no agreement on the supply of French "Rafale" fighters, but stressed that the goal is to upgrade the weapons systems both in number and operational capacity.

At the same time, the Minister of State expressed the view that there should be channels of communication with Turkey, as Greece is in favor of a good neighborly relations. He added, however, that "the channel, in order to be productive, presupposes a good understanding with a limited dialogue, not a pretense, with specific issues, and not an endless list". Finally, Mr Gerapetritis stressed that in dialogue it is necessary to refrain from any act that aggravates and prejudices the discussion. "Yes, for communication channels, it is also our strategic desire, but not under a regime of pressure and enforcement," he concluded.