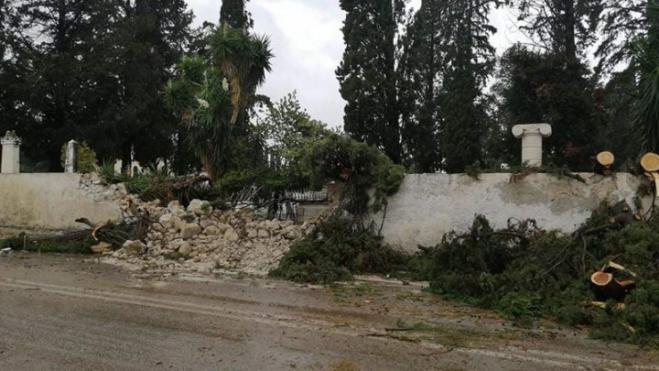 "The Public Power Corporation is making superhuman efforts with its crews, as there are 650 cases of damage" on the island alone, Hardalias said following a meeting with local government officials. He has been touring the Ionian Islands of Kefalonia, Ithaca and Zakynthos, where the hurricane first landed in Greece on Thursday night.

The minister said that crews working round the clock in the midst of uprooted trees and infrastructure, but asserted the main power network would be restored by hightfall.

According to the electricity distribution operator DEDDIE, power is gradually restored on all three islands. In Kefalonia, the northern section of the island has the greatest issues of restoring power, and new power posts had to be set up. In Ithaca, the northern section is also the hardest to restore power to. Zakynthos has some power but there are extensive problems in the Agios Nikolaos area network, and its cemetery.

Meanwhile, 43 boats of all types sank over the weekend in Kefalonia, because of the powerful winds, while another 9 were damaged and yet another set of 9 were thrown on land.