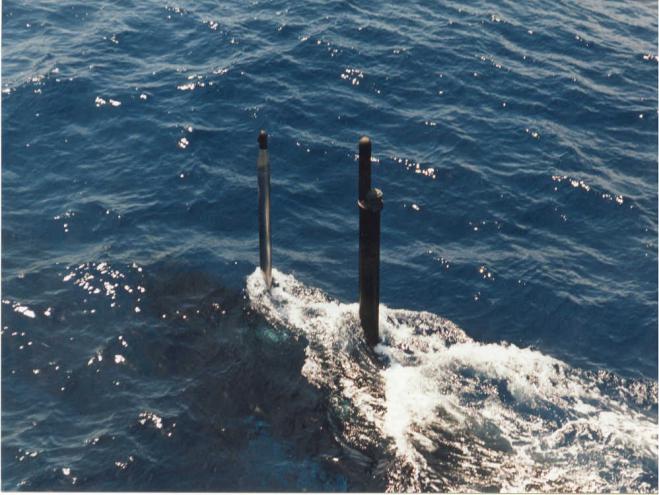 The war of nerves and naval maneuvers near Kastellorizo ​​continues, with the crews of the Greek submarines delivering strategy lessons.

Turkey may maintain a support fleet in the area around Oruc Reis one day before the illegal NAVTEX search for Megisti expires, but its forces see Greek warships on the battlefield forming an impenetrable defensive "wall".

However, what they do not see and causes terror on the one hand and irritation on the other are the Greek submarines. Just like last August when Oruc Reis set out for research, so now the Greek submarines, but also the Greek anti-submarine warfare forces have put the Turkish subs "into the spotlight".

The Hellenic Navy "drills" the Turkish submarines
On the surface of the sea, the situation may seem completely under control, without provocative movements such as the incident on August 13, which resulted in the Greek-Turkish frigate misshap, but a peculiar chase is being conducted under the sea surface. between the Greek and Turkish submarines.

Turkish submarines have been spotted three times
Silent movement, sudden maneuvers, non-detection by the enemy's anti-submarine means and firing sound cartridge on the opponent are the basic elements that submarines must have when on missions. However, the Turkish side has not managed to do all this, unlike the Greek side.

According to information, in the pursuit of submarines raging in the Aegean, the Turks have been defeated by Greece, as from Monday, October 12 until yesterday, Tuesday, October 20, the Navy has located and "sounded", at least three times, Turkish submarines moving in the Southeast Aegean.

Both Greek ships and Navy helicopters, making the most of their anti-submarine devices, sonar and radar, sent a clear message.to the crews of the Turkish submarines and apparently caused panic in their crews with the continuous tracking bombardments by the sonar, as they can neither know what is happening on the surface, nor what is to follow.

Invisible Greek submarines
And while Greek forces are locating Turkish submarines one after another, the Greek subs remain silent once again, causing a nervous breakdown in Ankara. In fact, the Turks, in their attempt to locate them, use almost the entire anti-submarine fleet, anti-submarine warfare helicopters, as well as CN -235 spy planes, but to no avail.

It is emphasized that in the characteristics of the Greek submarines propulsion is achieved with an electric motor of 3,900 kW in combination with the anaerobic propulsion system (AIP), ie the production of electricity from liquid fuel cells. This system relieves this type of submarines (whenever operationally required) from the process of running a snorkel to charge its batteries, a process that makes submarines vulnerable to detection by anti-submarine units.

However, the Turkish propaganda in the "war of nerves" in the Aegean is trying to pass its own messages, with the Turkish Staff publishing a video, according to which its Navy "discovered" the Greek submarines 214 in the Eastern Mediterranean and videotaped them. , only ... it was on the surface heading home.