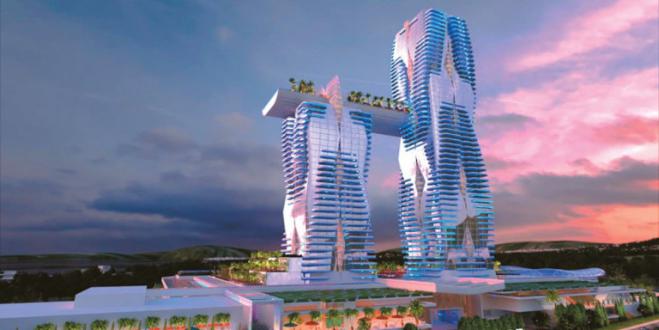 Mario Kontomerkos, CEO of Mohegan Entertainment, addressed the current issue of the casino investment in Elliniko, speaking at the Prodexpo conference, emphasizing that the "Inspire Athens" plan has been created to bring profits not only to Mohegan Entertainment, which will manage it, but also in Greece, both short-term and long-term.

The investment, he pointed out, leads to 7,000 jobs and cooperation with many Greek companies, such as banks, construction, and legal companies, long before the project even started, while in the long run and after the opening of the project will mean a 10% increase in international tourism in Attica and then millions of euros per year for Greece and its citizens.

According to Mr. Kontomerkos, this plan can become the spark to stimulate the development of the Athenian Riviera and, if it proves successful, will be followed by other important investments in the region.

Regarding the offer of 150,000,000 euros from the Mohegan - GEK TERNA consortium, Mr. Kontomerkos pointed out that it was a vote of confidence in Greece, adding that he was impressed by the transparency that existed throughout the process, while making special mention of the handling of the pandemic by the Greek state.

Regarding jobs, the CEO of Mohegan spoke about the existence of development programs and continuous training of the employees in the group, while he spoke about the tendency of Mohegan to promote its own employees, who started from low rungs, to positions of responsibility within its investment plans around the world.

Regarding the design of Inspire Athens, he stressed that they tried to honor the History of Greece through it, pointing out that the architecture of our country is the first page in every architecture book worldwide.

At the same time, he spoke about the special emphasis that will be given to the green footprint of the building complex, which will be a destination that can entertain different people every day of the year, in restaurants, conference rooms, the luxury hotel and the concerts that will take place continuously. -a substantially 24/7 destination, the like of which does not yet exist in Europe, combining the good weather of our country, the sun, the sea, its culture, but also Greek gastronomy.

Finally, the CEO of Mohegan reiterated the company's readiness for the project: "We are ready to proceed as soon as possible, even on the same day that we will be given the permits, to start work and from that moment we will we are ready in 36 months ".