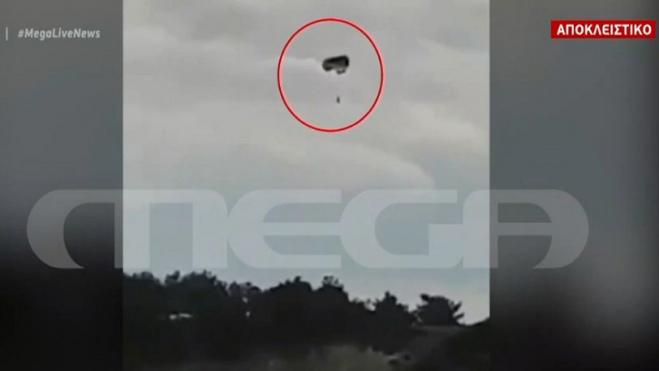 The family of the two children who lost their lives while parasailing in Rhodes is in shock.

The accident took place on Wednesday afternoon in the Akrotiri region of Ginis, when suddenly a strong wind cut the ropes of the parachute, as a result of which three children fell on the rocks and two of them were killed instantly and one was seriously injured.

The father of the girl who died spoke to British Media about his nephew who is fighting to stay alive. Tony Hayes said he did not know if 15-year-old James Connelly would recover from the horrific fall that led to the death of his 13-year-old brother and 15-year-old cousin Jessica. "Right now we want to get to our house and lock ourselves in it," said the father of the unfortunate 15-year-old, adding: "We have no idea if James will recover, but we want to take him home."

Tony Hayes also revealed that the pilot of the speedboat was aware of the forecasts for bad weather, but decided to take a different path hoping to avoid it. "The manager said the weather would get worse later, so it was best to get on the boat early."

As he described, they realized that something went wrong because the boat returned without the children. "The guy who took them was not even on the boat when it returned. He was a tourist who drove it back and cried saying "something bad has happened". But there was no one with walkie talkies who could find out what happened at the scene of the accident and no one could tell us what had happened. My wife spent three hours waiting on the beach for the children to return. I had to take our youngest daughter Molly away from the beach because the climate was dramatic. "We did not find out the whole truth until much later, when we arrived at the hospital."

The family of the children was not told of their death until four hours of waiting in the hospital, after which they were led to identify the bodies.

Police took the boat owner in custody. He was taken to the prosecutor were he was charged with negligent manslaughter and grievous bodily harm. He was released pending trial.