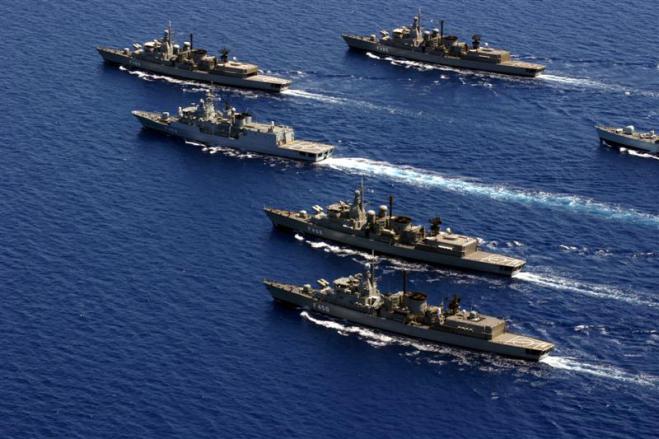 Greek-Turkish relations are at a critical juncture due to escalating tensions on the part of Turkey in the Aegean and Eastern Mediterranean. Turkish tensions are an integral part of neo-Ottomanism that is the vision of modern Turkish foreign policy, which aims to make Turkey a leading regional power in the Eastern Mediterranean, the Middle East, and the Balkans by re-establishing its limits of influence and vitality in areas of the former Ottoman Empire.

The reconnection of Turkey with its Ottoman past is the link in the chain of timeless plans of the Turkish Islamic parties that was initially laid out by the anti-Western Islamist Necmettin Erbakan and is faithfully followed by the current President of Turkey. From the famous doctrine of "zero problems with neighbors", Turkey is now causing problems to almost all its neighbors, with the prominent violation of Greece's sovereign rights.

Erdogan's Turkey even puts on the mantle of a peacemaker and at the same time fabricates besmirching propaganda against Greece in an attempt to influence public opinion, both in the exercise of Turkish public diplomacy and in the promotion of Turkish positions in national and international media. Turkish propaganda is based on 7 myths against Greece that are refuted by 7 truths.

Myth 1
"Greece adopts maximalist positions in the Aegean and Eastern Mediterranean as depicted on the map of Seville."

Truth 1: The map of Seville depicting the EEZs of European countries on the basis of International Maritime Law was created by the University of Seville, following a request from the European Union and not Greece. In fact, Turkey is adopting the "Blue Homeland" doctrine, which promotes the established strategy of Turkish claims in Greek territorial waters and control of maritime energy routes in the Eastern Mediterranean through conducting aeronautical exercises and sending seismic survey ships. This doctrine is accompanied by a relevant map which shows that Turkey claims 425 thousand sq. Km. that is, the continental shelf of Cyprus in the Eastern Mediterranean and half of the Aegean with the limit of the Turkish continental shelf moving to the 25th meridian. It is therefore enough to look at the maps to see that Turkey is the one that has maximalist positions.

Myth 2nd
"Turkey has the longest coastline in the Mediterranean."

Truth 3: In this case, Turkey is misreading international case law in order to substantiate its arbitrary claim that the islands are deprived of their rights to a continental shelf and an EEZ. However, International Maritime Law makes it clear that islands should not be cut off from their projection in maritime areas. In support of its position, Turkey cites the Nicaraguan-Colombia case in which it refutes itself. This is because the International Court of Justice in The Hague, to which Nicaragua and Colombia appealed, confirms the Greek positions. In particular, the court argued that the adjustment of the temporary demarcation line should not result in the exclusion of Colombia from the rights created by its islands in the area east of them.

Myth 4th
"The Greek islands do not have a continental shelf and an EEZ."

4th Truth: The Turkish position is baseless. This is because, as provided for in Article 121 of the Convention on the Law of the Sea, all islands have the right to a continental shelf, a coastal zone, and an EEZ and are defined in exactly the same way as for the mainland. This provision is also a customary law binding the states that have not signed the Convention.

Myth 5th
"Islands located on the wrong side of the midline between two mainland coasts, such as Kastelorizo, cannot create maritime jurisdictions beyond their territorial waters."

Truth 5: The Turkish position is completely wrong as the islands, regardless of size, are entitled according to the International Law of the Sea to sea zones, continental shelf, and Exclusive Economic Zone. Especially with regard to Kastelorizo, Ankara's argument that it is 600 km away from mainland Greece and therefore has no continental shelf lacks a legal and political basis. This is because Kastelorizo ​​is not an isolated island as it is only 60 nautical miles from Rhodes, being part of a complex of 14 islands at the easternmost tip of our country.

Myth 6th
"Greece is violating the obligation arising from international treaties for the demilitarization of the islands in the Aegean."

6th Truth: The status of the Greek islands in the Aegean is determined by three international treaties. Lemnos and Samothrace from the Montreux Convention of 1936, Mytilene, Chios, Samos and Ikaria from the Treaty of Lausanne of 1923, and the Dodecanese from the Treaty of Paris of 1947. In any case, Greece exercises its inalienable right in self-defense on the basis of Article 51 of the United Nations Charter, at a time when neighboring Turkey has set up the Aegean army in the 1970s, systematically violates Greek airspace and territorial waters and occupies the northern part of Cyprus. At the same time, it should not be overlooked that Ankara has declared casus belli in the event that Athens extends its territorial waters to 12 nautical miles.

Myth 7th
"Legal terms justify Turkish positions, such as the 'principle of justice', 'relevant factors and special circumstances', proportionality, proximity and case law of the International Court of Justice in The Hague."

Fact 7: Turkey is conducting its own reading of international law, projecting non-existent or inapplicable principles aimed at distorting international case law and reshaping geography, in stark contrast to the Convention on the Law of the Sea. A representative example of a misleading reading of international case law by Turkey is the arbitrary use of the terms "proportionality, non-encroachment and proximity" as well as the "length and direction of the coast" as "factors" and "circumstances" to be taken into account. in an out-of-bounds delimitation process. Given the facts, it must be made clear that these conditions cannot prevent a country from exercising its sovereign rights over the continental shelf, including the continental shelf of its islands.

Regarding the appeal to the International Court of Justice in The Hague, Greece supports the resumption of exploratory contacts, provided that the Turkish provocations and threats on the basis of the Convention on the Law of the Sea cease. The aim is to find a solution to the only Greek-Turkish pending issue concerning the delimitation of maritime zones, otherwise, a joint statement will be drafted for the joint referral of the issue to the International Court of Justice in The Hague. It is worth noting that Greece appealed unilaterally in 1976 to the International Court of Justice on the issue of the delimitation of the continental shelf. The court, however, did not consider the case for formal reasons as Turkey did not follow Greece, citing its non-recognition of the court's jurisdiction.

From the above, it becomes obvious that the 7 myths that Turkish propaganda systematically promotes in the exercise of public diplomacy in pro-government media and in public debates, aim to create positive impressions and influence Turkish and international public opinion. Their overthrow is carried out by the 7 Greek truths based on International Law and reality. Against Turkish maximalism and the myths that support it, Greece proposes International Law and its powerful armed forces. The latter fully preserve national sovereignty and through their strong deterrent ability allows us to cross the difficult path of diplomacy that lies ahead of us.

read more articles in Greek and English at https://slpress.gr/