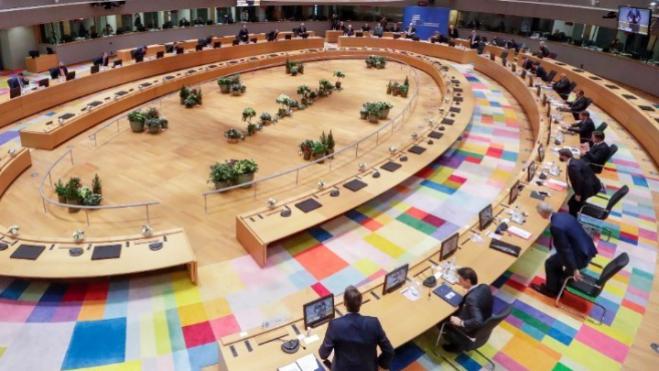 Chancellor Merkel finally passed her position for mild sanctions on Turkey, after, as it seems, the compromise, pro-Ankara solution she proposed prevailed at the Summit, after the agreement reached in the first hours of the night after 27, on the text of Conclusions. Although the EU adopted a harsher language against Turkey, it postponed any decision for immediate sanctions for the March Summit!

According to the text, which was drafted after consultations that lasted until the early morning hours, the EU has expanded the list of persons to whom sanctions will be imposed. At the same time, it condemns the provocative actions of Ankara, referring to the activity of Oruc Reis, something that did not exist in the original text! Finally, it calls for the escalation of tension in order for the bilateral contacts between Greece and Turkey to begin.

"Europe takes one step at a time. That is what he did in this Council. Another step that is a strong warning to Turkey to change its behavior," government sources said, commenting on the agreement. The same sources pointed out that "the European Council decided on sanctions against Turkey, expanding the list of persons and entities involved in illegal drilling in the Eastern Mediterranean."

Postponing for March
There seems to be satisfaction on the Greek side for the fact that with the text Turkey "is called to show consistency and continuity in the direction of de-escalation after the departure of Oruç Reis, in order to make possible the resumption of exploratory contacts". In fact, the text of conclusions includes "the abstention from illegal activities - a condition that Greece has set in every relevant debate" as a condition for their continuation.

The text instructs the High Representative for Foreign Affairs and Security Policy to submit, by March 2021 at the latest, a report on the full range of Euro-Turkish relations, including all EU instruments and options, "including extending the scope of sanctions against Turkey ".