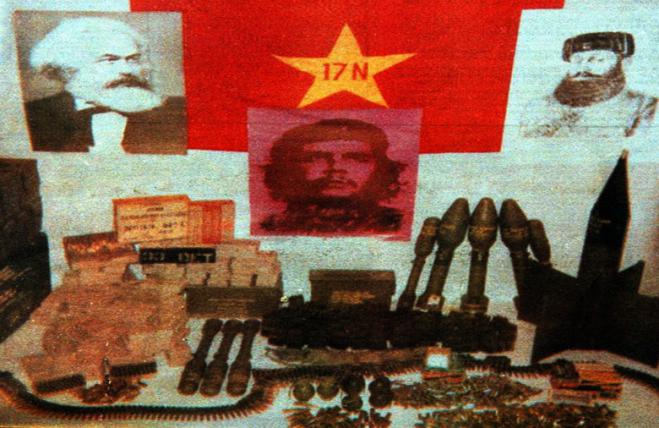 MP Thodoris Dritsas made a shocking statement, claiming that "no one has been terrorized by "November 17".

Speaking on Channel 1 in Piraeus, the SYRIZA MP claimed that "with what the government is doing, a debate on armed action and terrorism will be revived, as it is said, although no one has been terrorized by November 17."

"I do not understand what you are saying. You say that we had not been terrorized as a people since "November 17" with the murders? ", asked journalist Lia Lappa, insisting, with Mr. Dritsas insisting on his position and answering:" Yes, of course, I have experienced it".

Dritsas: I understand that the right-wing has victims from its actions
Earlier, the SYRIZA MP claimed that the government refuses to implement the law and stressed that only the day before yesterday he discovered the possibility of Koufodinas appealing to Justice, after 50 days of hunger strike.

"I can understand that the right-wing has victims from the action of Dimitris Koufodinas. For some reason that anyone can evaluate as they wish, most of the victims of the "November 17" actions, whether publishers or politicians or anything else - although Bakoyannis can not be described as right-wing - belonged to this political faction. , therefore I can understand anger, and indignation. But that is not the point. It is a political faction, a State, a government, a state that can not act in a retaliatory manner. And here it acts revengefully and illegally. "