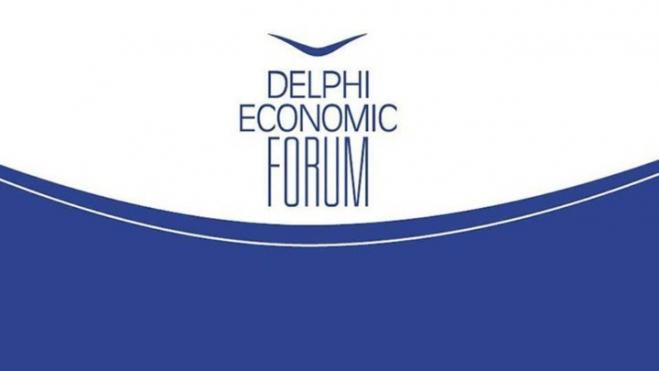 President of the Hellenic Republic Katerina Sakellaropoulou will inaugurate the 6th Delphi Economic Forum that kicks off in Athens at 11:00 on Monday, with an introductory speech that will be followed by the addresses of the presidents of Estonia and Slovakia, Archbishop of Athens and All Greece Ieronymos, European Commission Vice President for Promoting Our European Way of Life Margaritis Schinas and the president of the 'Greece 2021' Committee Gianna Angelopoulos-Daskalaki. The forum will run until Saturday, May 15.

More than 1,000 guest speakers from 42 countries will take part in the discussions held at the forum, which are divided into 10 broad themes, either attending physically at specially equipped studios at Zappion Megaron or online.

The programme on Monday includes the joint participation of Prime Minister Kyriakos Mitsotakis and Spanish Prime Minister Pedro Sanchez at 16:30, in a discussion with Politico journalist Florian Eder. Talks on Monday will be on shipping, the blue economy, health, history, culture, the pandemic, the bicentennial since the Greek Revolution of 1821, European Neighbourhood Policy, transatlantic relations and the European economy.

The 10 main themes during the forum are the bicentennial since the Greek Revolution 1821-2021, Geopolitics and International Security, Global Economy, the Future of Europe, Sustainability and Climate Change, People, Organisations and Society, Technology and the Future of Growth, Greece: Structural Reforms and Sustainable Development, Health, Education.