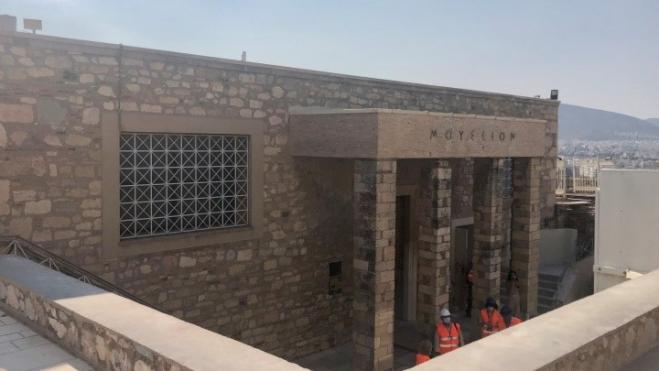 Work has begun to refurbish the old Acropolis Museum near the iconic Parthenon temple, and turn it into an exhibition space.

A 3.5-million-euro project, it was funded by the regional funding for Attica 2014-2020, and is expected to be finished in two years. According to the plan, the main building will house exhibits and a conservation laboratory visible to the public, while the second building will function as a storage area.

Culture Minister Lina Mendoni and Regional Director of Attica Giorgos Patoulis visited the space on Thursday to introduce the contractor. As Mendoni said of the old and small museum, familiar to millions of visitors to the Acropolis for decades, the building "could not have been built under present conditions, as it lies inside the archaeological site of the Acropolis and nearly touches the Parthenon."

The ministry wants the new space "to attract the interest of visitors by using absolutely new technologies and modern art, and providing at the same time one more significant development resource for Athens and the Region of Attica," Mendoni said.