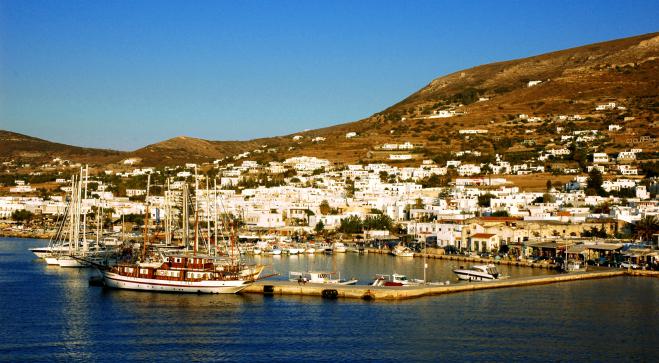 The surge in cases has caused great concern and intense worry to experts, with several islands being close to the “red” level.

The concern is obvious as any derailment of the situation will endanger tourism which sees many areas that are important destinations being an inch away from red levels. Characteristic of the situation is that the positivity index (Rt) in several areas exceeds 4%, even 5%, which makes the possibility of new local lockdowns seem possible.

Today’s meeting of the scientists will assess the situation on our islands, and there may be suggestions for new measures so that the situation does not become uncontrollable.

The percentage of positivity is a bit lower in Rethymno and Thira, where Rt has reached 3.76% and 3.40%, respectively. At the same time, the regional unit of Islands (the islands of the Saronic Gulf and Kythira) is also in the “red”, with a total positivity of 2.64%, but also Naxos with 2.48%.

Alarm for Ios, Paros, and Crete

The Minister of Civil Protection, Michalis Chrysochoidis, warned on Wednesday that the situation in Ios is marginal and the risk of lockdown on the island is visible. Mr. Chrysochoidis stated that due to the outbreak of coronavirus cases, there is a visible danger that the island will be “closed” because entrepreneurs do not take measures.

An emergency plan is already being implemented by the police and the Civil Protection in Ios and Paros to assist in the implementation of the measures and to avoid the “closure” of the islands. The epidemiological situation in Mykonos and Crete is also critical.

30 police officers are arriving in Ios today from Athens. A squad of 15 policemen is going to Paros.

The “green” islands in the index of positivity

The epidemiological picture is not in the “red” on all islands, as there are those where the positivity index is below 1%:

Other areas are in the “Green” regarding the positivity index, such as Halkidiki with 0.76% and Preveza with 0.60%.

The “Delta” mutation is more contagious

At the same time, another “thorn” for scientists is the “Delta” mutation, which, as confirmed by professor of Health Policy of the London School of Economics and Political Science (LSE), Elias Mosialos, is more contagious.

As he characteristically said while speaking to Ant1 channel yesterday, the Delta mutation creates more problems than the experts expected. “It is much more contagious by 50-80% compared to the Alpha mutation. If we had stayed with the original mutation now we would not have problems. “Now it will depend on whether we stay with Delta or have another mutation that will be even more dangerous,” said Mr. Mosialos.

He stressed that with this strain, vaccines are not 100% effective in preventing hospitalization and serious illness. “They are 92 to 96% effective. In other words, we lost a little in terms of the effectiveness of vaccines. So we do not want to see a new mutation that is more contagious and that vaccines lose more in terms of their effectiveness. But it does not seem like that so far,” Elias Mosialos added.