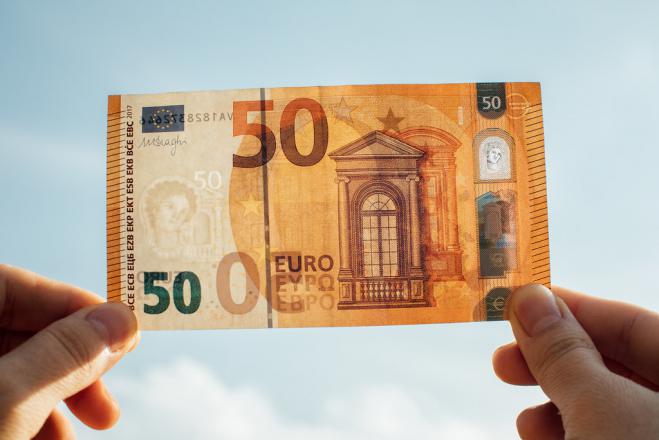 With real estate prices rising, deposits rising, and bond yields falling with the help of the ECB, the value of financial wealth - that is, cash and securities (bonds, equities, etc.) - is declining. - and non-financial wealth - mainly real estate -, after the subtraction of all private debt of Greek households, increased in the midst of a pandemic, exceeding $ 900 billion according to a relevant study by Credit Suisse in 2020.

As property prices continue to rise, as do bond prices, and even stock prices, which from losses of 13.4% in 2020 gain 14% this year and are now 90% higher than the low (16.3 .2020), when the advent of COVID-19 shocked the world, the wealth of Greek households is expected to increase in 2021. Moreover, non-financial wealth in Greece is particularly high, as it approaches 70% of the total wealth of the country, indication of the importance of real estate (which after a 10-year decline has entered a multi-year upward cycle) for the average Greek family.

The valuation of wealth

As a result of the pandemic, fiscal interventions both globally and in Greece as a result of the pandemic have resulted, on the one hand, in the increase of public debt as a percentage of GDP, in several cases more than 20 percentage points, but, on the other , the transfer of income from the public to the private sector and the reduction of consumer spending have resulted in the resilience of household wealth. Based on the data of Credit Suisse processed by Alpha Bank, it appears, however, that the financial crisis of the last decade in Greece led to losses which to date have not been recovered. It is characteristic that before the "great Greek recession", the average net worth per adult in Greece exceeded its record of 170,000 dollars, ie it was almost 60% higher than in 2020.

The value of financial assets

In order to have a better picture of the value of the financial assets of Greek households, according to data from the BoG, IOBE, but also various other organizations and banks, it is noted that today the deposits of households total € 131.7 billion. (€ 171.7 billion including corporate deposits), € 65 billion relates to positions in unlisted and listed shares, € 9 billion in mutual funds, € 8 billion in bonds and other financial assets, including funds invested in insurance and pension products and other receivables.

The official recorded placements of Greeks abroad had reached a high of 88.5 billion euros in 2015 (when the country flirted again as in 2012 with Grexit), falling in 2019 to 55 billion euros, most of which, about 32 billion euros, concerned deposits. It should be noted that the unrecorded Greek interest funds are in various strong financial offshore centers, according to some informal surveys conducted from time to time by the wealth management departments of Swiss banks, exceed 120 billion euros.

Greek households have traditionally invested a large part of their savings in the real estate market and a very small part in capital market products, with the result that our country is in the second place among 26 European countries based on the value of housing ratio to the value of financial assets of households. As a result, the size of Greek investments in securities through institutional investors is among the lowest in the EU. Greek households participate only to a small extent in investments in the capital market. The value of household investments in listed shares and investment funds currently stands at only 20% of GDP compared to 70% of the average in Europe. In fact, according to data from the Hellenic Association of Institutional Investors for 2020, the number of active Greek private shareholders was less than 4% of the total number of taxpayers.