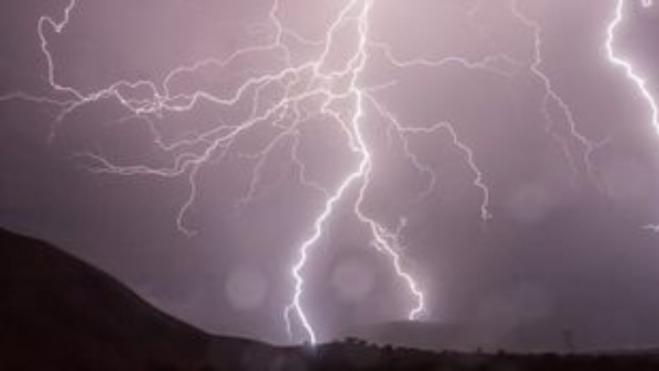 An emergency warning was sent to Attica residents from the 112 Emergency Communications Service on Thursday, warning them of dangerous weather conditions and to avoid all non-essential travel.
The unimpeded flow of traffic on Pireos Street was restored on Thursday afternoon, the traffic police reported, after it was temporarily interrupted at two points due to flooding at the junctions with Petrou Ralli and Hamosternas roads.

Plan to evacuate residents in high-risk areas for flooding underway

The newly-formed climate crisis and civil protection ministry on Thursday began to roll out a plan for the evacuation of residents in fire-stricken areas at a high risk for flooding, after the arrival of the low-pressure front "Ballos" brought torrential rain to the greater part of Greek territory.

Working with regional and municipal authorities, the ministry is taking the measure for the first time as part of a policy focused on prevention and the protection of human life as a top priority.

As ministry sources explained to the Athens-Macedonian News Agency (ANA), at the orders of Climate Crisis and Civil Protection Minister Christos Stylianides, a process of recording and evacuating residents of houses that are located in gullies and ravines or other locations in northern Evia where there is a serious risk of flooding.

Local authorities are also on standby in Attica, especially in Alepochori and areas in the rest of western Attica that were affected by fires in the summer.

Roads toward the burnt areas have been closed due to the risk of landslides and floods where people may become trapped.

The evacuations will be selective and mainly of people that are either elderly or have other problems that hamper their mobility in the case of flooding. They will be put up in hotels, community centres for the elderly and other spaces provided by local authorities for one or two days, until the weather front has passed.

The plan was decided on during a meeting at the civil protection headquarters on Wednesday.

"The idea is to pre-empt the unpleasant consequences from the severe phenomena," a source told ANA, adding that the government expects severe storms in many areas from Thursday afternoon.

He explained that the areas considered at a high risk for flooding were those that have flooded in the past, which were well known to the local authorities that have undertaken the operational part of this process, while the plan calls for the Hellenic Police and the fire brigade EMAK units to be on high alert in these areas.