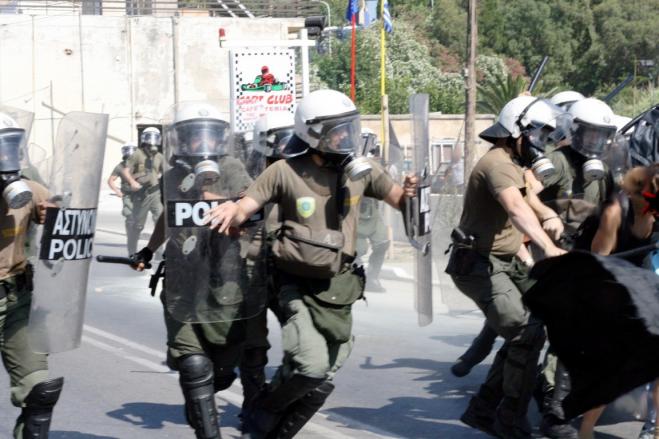 The minister stressed that "what has been done so far in terms of judicial and disciplinary investigation of the case is what is absolutely provided by law. They are an obvious obligation of a country adhering to the Rule of Law, such as Greece. In a state governed by the rule of law, the state must be the first to apply the law."

"Public opinion is certainly concerned with what happened, with the orders given to end the car chase, with the successive leaks of internal communications of the police, with the lack of coordination.

The Greek Police is a living state organization that is constantly improving. Nothing and no incident passes and should not pass, without evaluation. Based on the data that emerged and the conclusion handed to me by the Leader of EL.AS. We are moving forward, with a five-measure police reform plan and immediate implementation initiatives, as well as two institutional actions. With the aim of decisively improving the security services offered by the police to the citizens.

1. Complete reform of the Rules of Operation of Immediate Action by utilizing the best practices of European countries. Accurate description of business plans and tasks for police officers. It is clarified that no prosecution and investigation of persons controlled for delinquent and illegal behavior can be stopped and there can be no tolerance in areas and groups of high delinquency. The responsibility for implementation, utilizing the appropriate group of officers, is assumed by the Deputy Minister, Lefteris Oikonomou, and this action must be completed by the end of November.

2. Ensuring the continuous retraining of all police officers, with priority given to police officers serving in the DIAS Group, who manage a wide range of security and policing issues in the service of the citizen. Both in the operational field, as well as in the communication with the citizens and knowledge of the Laws. Special "post-training schools" of special guards are created. This action starts on 01/12/2021 and is completed by 30/09/2022 for the DIAS team.

3. Digitization of the Operations Center, utilizing state-of-the-art technology, in order to facilitate the integrated operational image and the best possible coordination of forces in the field of Immediate Action. And, immediate corresponding training of the officers serving in the Operations Center. Completion by September ’22.

4. Immediate supply of cameras to all police officers of the DIAS Group, OPKE, MAT and Greek Police patrols. Exhaustion of all legal possibilities so that the relevant supply from EL.AS. to take place in 2022.

5. Changes in the deployment of forces and the leadership of Immediate Response Teams in order to better coordinate and provide the best possible services to society. Strengthening the Communication Center with 20 new police officers, with the aim of improving the fastest possible response of Immediate Action to incidents of interest to citizens. I have asked the Leader of EL.AS. the implementation of the relevant measures to take place within this week.

In addition to the above five initiatives at the institutional level, we are promoting in the next three months the Bill for the Upgrading of the Police Academy and the provided training to all the police officers of the country. Aim for a citizen-friendly police force that respects democratic legitimacy and is resilient and effective against crime, the police force of the 21st century.

And secondly, I am in contact with my colleague, the Minister of Justice, to take the initiative to modernize the Penal Code, so that professional theft becomes a crime and the delinquent behavior of the persecuted is not simply punished for violating the provisions of the Code of Criminal Procedure. and the appeal is not suspensory in nature.

These initiatives contribute to a more effective police force, which must be the common goal of all of us because this is for the benefit of society. Minority attacks and unfounded aphorisms against the Greek Police are not accepted by the vast majority of citizens. We support with all the forces at our disposal and we are next to the Greek police officer, always within the framework of legality, because the very difficult work he does is a valuable service to society. During this week, 1000 police officers reinforce the police stations of the Attica Basin and ensure the implementation of 100 additional patrols every night. We continue with a plan, with a vision, with unity, with hard work the daily struggle for the security of the citizens. Because it is a condition of the prosperity of the Greeks. Security for Everyone! Security Everywhere! "