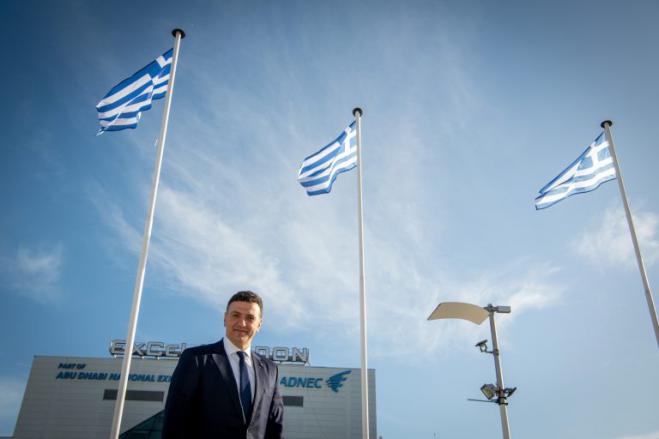 Agreement with Jet2.com and Jet2holidays Group to increase by 600,000 the available airline seats to Greek destinations in 2022, compared to 2019, was concluded by the Minister of Tourism Vassilis Kikilias, during a working meeting with the CEO of the Group Steve Heapy, at the World Travel Market (WTM) in London. The meeting was also attended by the General Secretary of EOT Dimitris Fraggakis and senior executives of Jet2.com and Jet2holidays.

After the meeting, the Minister of Tourism made the following statement:

"Greece is present in WTM with all its forces. With an EOT stand with all the Regions, the Municipalities and with hard work, which for a Minister of Tourism is done now, in autumn and winter.

Based on their results for 2021, British airlines and tour operators are reacting very positively to 2022.

I announce that we have just agreed with Jet2 for 600,000 airline seats over 2019, with new flights from Manchester and Birmingham to Athens from April 15th.

Summer for the British starts early in Greece, from April 1, with first destination Heraklion and over 15 Greek destinations. We are also in advanced discussions to keep some of these destinations open in the winter of 2022-2023.

You see that the English airlines and the tour operators trust our country, they give a vote of confidence in Greece. It is very important for us, because it is about 25% of our GDP and new, better jobs.

Summer starts in the spring, but that's not all. We insist and invest in the city break. Athens and Thessaloniki are key cities in our strategy and you can see that the big players in the world are also reacting. Suffice it to remind you that our campaign with EOT this year starts with the winter destinations and the city break from the end of November and that from the beginning of April all 13 flights from the USA start again. - 14 with Emirates remaining open all winter.

The will of the Greek Government and the Ministry of Tourism is to be able to have a flight from the USA also to Thessaloniki ".

According to the agreement, the available airline seats for Greece in 2022 will be 1.44 million, flights will be operated from 10 British to 15 Greek airports, while two flights a week will be added to Athens from Birmingham and Manchester. In total, the company will operate 270 flights per week to Greek destinations.

Mr. Heapy described Greece's performance as fantastic under the particularly adverse conditions and uncertainty of the last two years, which, as he pointed out, is largely due to the treatment of the pandemic with the health protocols implemented by Greece and the sense of security that inspired the visitors. of.

Mr. Kikilias also met with the Minister of Tourism of Saudi Arabia Ahmed Al Khateeb. The meeting reaffirmed the special interest of the two countries in cooperation in the tourism sector through investments in Greece, but also the provision of Greek know-how for the tourism development of Saudi Arabia, as well as after the recent visit of Prime Minister Kyriakos Mitsotakis and his presence at 5th Future Investment Initiative, it became clear that Greece is upgrading in the international investment environment.

The Minister of Tourism also gave an interview to CNN and the journalist Richard Quest, where he referred to the prospects of Greek tourism through the development of a sustainable tourism product.

The first day of the Minister of Tourism's presence at WTM concluded with a press conference to 100 British journalists, on the strategy for the next day of Greek Tourism and guest speaker the Greek-born journalist Vassos Alexander, presenter of the radio show "The Chris Evans Breakfast Show Virgin Radio, which has over 1.5 million listeners daily, as well as working meetings with senior executives from the 1,200-member British Tour Operators Association ABTA and Ryanair.