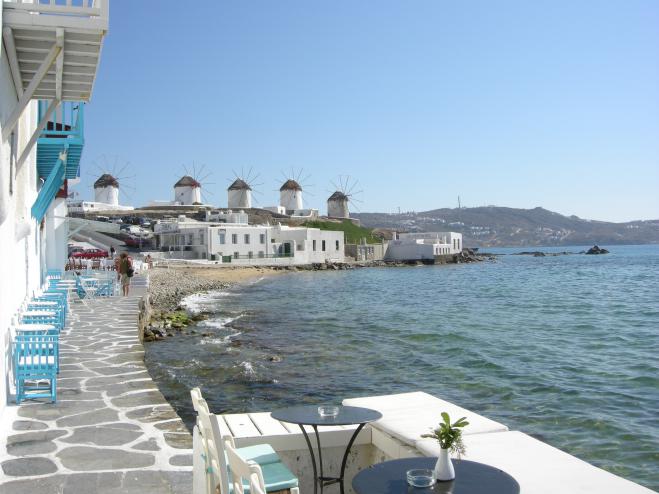 This year proved to be the best October of all years for the South Aegean, as it even surpassed the 2019 record, confirming the forecasts.

In total, the international airports of Rhodes, Kos, Mykonos, Santorini and Karpathos attracted, from 1 to 31 October, 412,771 passengers, compared to 357,608 in the corresponding period of 2019, a milestone year for Greek tourism, achieving an increase of 15% , at Regional level.

The leap of Santorini
Extremely impressive was the performance of Santorini, where October 2021 showed an increase of 55%, compared to October of the “elusive” 2019.
It was better for Rhodes and Kos, since both islands of the Dodecanese exceeded the last year before the pandemic by about 10%.

More than 3 million visitors from abroad in the South Aegean
The tourist season of 2021, which still continues in the largest islands of the South Aegean, has brought, from May 13, when the country officially opened, until October 31, more than 3 million tourists through international flights, with Rhodes exceeding 1.4 million arrivals, Kos to complete 688,394, Mykonos to 360,198, Santorini to 471,017 and Karpathos to 43,084.

In reality, however, the arrivals of visitors from abroad to the islands of the South Aegean are more, since the above data do not include those who approach the islands with return flights via El. Venizelos and through the ferry network.

Finally, it is noted that the tourist season of 2021 extends with scheduled flights and reservations until November 14, based on the data so far.