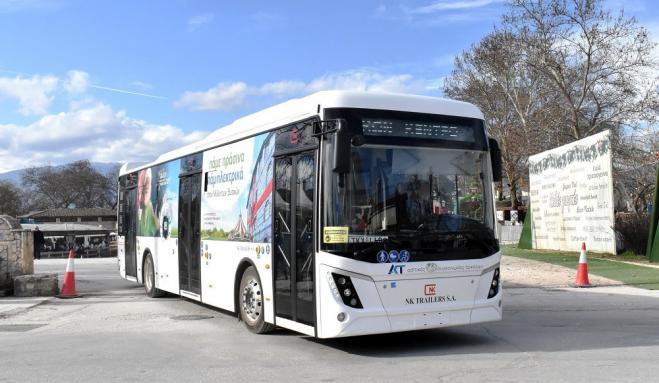 The company NK Trailers agreed with the Chinese Zonson Smart Auto the construction of electric buses in Volos.

The Industrial Area of ​​Volos remains at the center of many vehicle manufacturers and the first agreement for the assembly of electric buses is already a fact and the assembly lines in the first industrial area are already being prepared.

The reason for the company NK Trailers of the well-known Kioleidis family that have been active in the field of commercial vehicles and trailers for many decades.

In fact, the first electric bus acquired by NK Trailers has been operated for a long time by the municipality of Trikala, recording an excellent course and concerns a state-of-the-art bus, co-produced by the Volos company with the Chinese "Zonson Smart Auto" - subsidiary of "ZTE".

The specific vehicles are distinguished for their low weight since they are made entirely of aluminum while their particularly large autonomy is remarkable, which reaches 450 km with just one charge.

The vice-president of the company NK Trailers Mr. George Kioleidis stated on TRT television that: "In the morning the bus starts and in the evening it is charged directly without the need for intermediate charging. These buses have state-of-the-art systems, are all aluminum and their frame and even have a fire extinguishing system in case of accident. We have made an agreement with the manufacturers to be assembled in Greece for the most part.

We want to achieve Greek added value over 50% if we take into account that the electrical equipment of vehicles, glass, seats and many other components will come from Greek companies, with what this implies for the viability of these companies as well as and job creation and over 60% European. "Our goal is, in addition to being available in the Greek market, to export as well!"

The general manager of NK Trailers Mr. Konstantinos Psaradelis stressed to TRT that: "The buses pass in traffic with zero pollutants with just one charge. At the same time we will be the first Greek bus company to build in Greece. After all, NK Trailers has a long history in Rolling Stock and commercial vehicles and now in the 21st century we are dynamically entering green growth. "We believe that the government should be bolder and allow only electric buses to run."