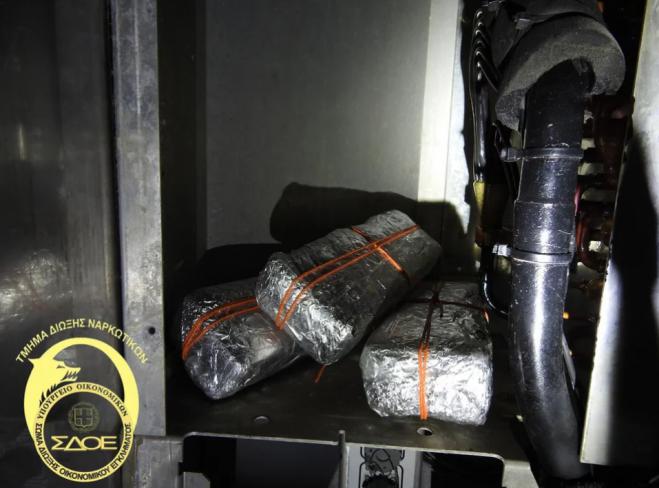 The auditors of the Drug Prosecution Department of the Operational Directorate of S.D.O.E. Attica, on January 19, 2022, in the framework of inter-service cooperation with the Smuggling Prosecution Department of the Piraeus Customs, seized 22 unbalanced packages of cocaine, total weight 13 kg & 75 grams, found in a special crypt in the , originating from Ecuador, loaded with bananas.

Drugs hidden in containers
The discovery and seizure of the above amount of cocaine was made following systematic inspections of containers from high-risk countries, in order to detect quantities of drugs and prevent their dispersal in Greece and Europe, using an X-ray machine and X-ray machine (X drug detector.

The preliminary investigation has been undertaken by the Drug Prosecution Department of the Operational Directorate of SDOE.