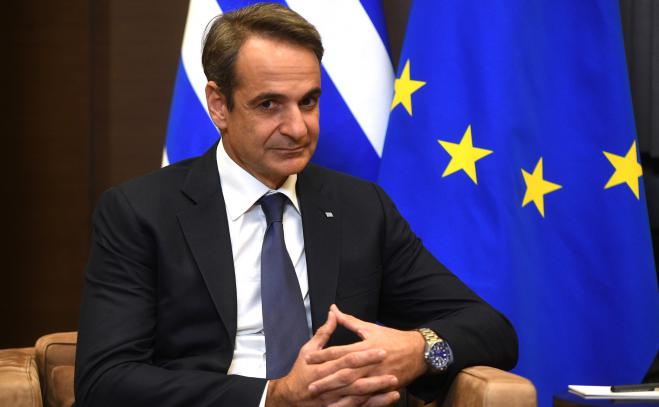 Prime Minister Kyriakos Mitsotakis mentioned the new defense agreement between Greece and the USA (MDCA) and its importance for the future of the country, in his speech in Parliament .

The Prime Minister stressed that the agreement is important because it includes, among other things, the explicit commitment that the American presence in Greece will be of a strategic nature and will be renewed every 5 years.

"This means that at a time when the United States is turning to the Indo-Pacific region, they decide to increase their footprint in Greece by improving military infrastructure."

It is no coincidence, he added, that other European countries are seeking similar defense cooperation with the United States.

"The new agreement is important because in its preamble it provides for mutual protection of sovereignty and territorial integrity against any threat," he said.

"The American writer Mark Twain said that patriotism is to constantly support your country and your government when it deserves it. The mutual defense cooperation agreement with the USA serves the national interests and completes a network of alliances for the government", stressed the Prime Minister, beginning his speech in the Parliament, during the discussion of the bill: "Ratification of the Second Amendment between the Government of the Hellenic Republic and the Government of the United States of America” which will conclude with the vote in the afternoon.

"The text we are called to ratify is typically one of the many renewals of our defense cooperation with the transatlantic force," said Kyriakos Mitsotakis, explaining: "America is expanding its presence in the eastern Mediterranean, highlighting energy interest.

Our country is becoming the main partner and interlocutor of the USA in the wider region. This fact becomes even greater if we take into account the unstable situation with a warm war within the European continent and a global energy turmoil. "Exploration for hydrocarbons in the Mediterranean has returned to the forefront."

A vote of confidence in Greece

As the Prime Minister stressed, "this agreement ceases to be a bilateral protocol and becomes a vote of confidence in Greece as an unshakable factor of stability, as a prudent European and NATO partner that guarantees international legitimacy in the face of any frenzy of our neighbors. A crucial node in the new energy map ".

"An agreement," he said, "that affects not only defense and diplomacy, but  at the same time, also the economy and energy."

"It upgrades Greece," the prime minister noted and referred to his upcoming trip to the United States.

"This is evidenced by the invitation to meet with US President Joe Biden and the next day to be the first Greek leader to speak at the joint meeting of the US Senate and House of Representatives.

It is a great honor to declare that our country is treated as an equal and consistent ally so that if necessary it has the right to demand consistency and solidarity," added Kyriakos Mitsotakis.