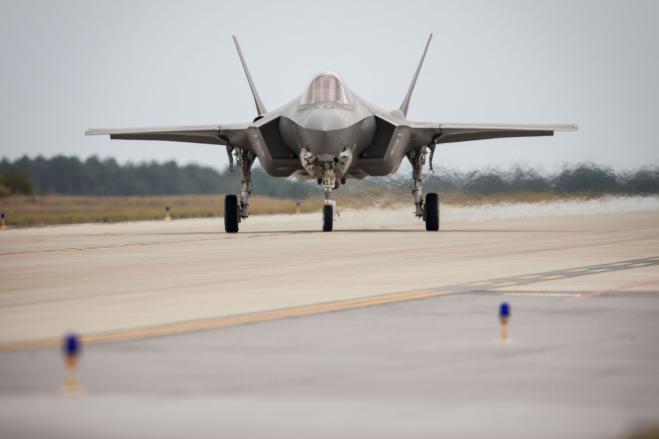 Greece is expected to send a Letter of Request to the US government immediately in order to start negotiations for the purchase by the Hellenic Air Force of a squadron of state-of-the-art 5th generation F-35 aircraft. This was clarified yesterday in Washington by senior government sources after the highly successful, as can be seen at least from the public statements and the prevailing climate, Kyriakos Mitsotakis’s visit to the White House and his meeting with US President Joe Biden.

The same sources added, specifying some of the aspects of the discussion that the Greek Prime Minister had with Mr. Biden, that the relevant plan envisages the immediate mission of LoR, in order to "get on the rails" the negotiation for the response of the American government that lasts about 18-24 months. Athens is moving with a horizon that predicts that the supply of F-35s could start from 2028 and after the payments related to the upgrade of F-16 aircraft to the Viper version are completed. Athens, however, must move immediately because there are many orders on the table from a number of countries and for a large number of aircraft. Sources with background knowledge later told “Vima” newspaper that the Greek side is considering the supply of other American systems either for modernization or for enrichment of its current arsenal.

Satisfaction
At the same time, the Greek side expresses its satisfaction because there is now on the table a written proposal from Lockheed Martin to buy an investment share in the Hellenic Aerospace Industry, although not in a majority - an indication, as it is said, of the clear improvement of the company economic viability.

Both from what the two leaders said at the Oval Office and from the addresses at the reception that followed a little later (it is noted that the talks at the level of delegations exceeded one hour), Greek-American relations are in a "honeymoon" period. President Biden's speeches, with an emphasis on democracy and the fight against authoritarianism, were very warm and sincere, and one could say that there was a deep emotion in his address, especially at the reception, which was attended by prominent Greek-Americans, the Archbishop of North American Mr. Elpidoforos (who addressed the two leaders), but also Nancy Pelosi and Senator Robert Menendez.

Purpose
According to government sources, but also as the Prime Minister publicly stressed, the visit was aimed at highlighting the new role of Greece as a country with a resilient democracy that is overcoming the economic crisis, while also being the most reliable partner of the United States in the Eastern Mediterranean and the wider region of Southeastern Europe. Although defense cooperation is the culmination of a bilateral relationship that is at the "historically highest level ever", according to the Prime Minister, there are strong prospects for cooperation in the energy sector.

The energy card
Athens will "play" the "energy card" even more strongly in the near future, as the efforts to free Europe from Russian gas will progress. Mr Mitsotakis appeared realistic earlier, saying Europe "could not shoot himself in the foot" as immediate de-escalation was impossible, but Athens appeared willing to deepen its co-operation with the United States through liquefied natural gas installations in Greece, in order to become the main gateway that will supply with American - and not just - gas the countries of the Balkans but also of Eastern Europe. At the same time, it is not ruled out that there may be some American investment interest in participating in the construction of submarine power cables to Greece (the "key" here is the connection with Egypt), although it is still too early to say anything specific.

According to information, Mr. Mitsotakis is expected to appoint Nikos Tsafos as his special advisor for energy, until today a member of the well-known think tank Center for Strategic and International Studies (CSIS) in order to formulate a specific strategy on the issue. For the Prime Minister, a key solution to the issue of high prices remains the imposition of a ceiling on the wholesale price of natural gas. This is an issue that concerns Athens and is widely discussed in the EU. However, according to competent sources, there is an attempt to coordinate the EU and the US in an effort to reach a broader solution.