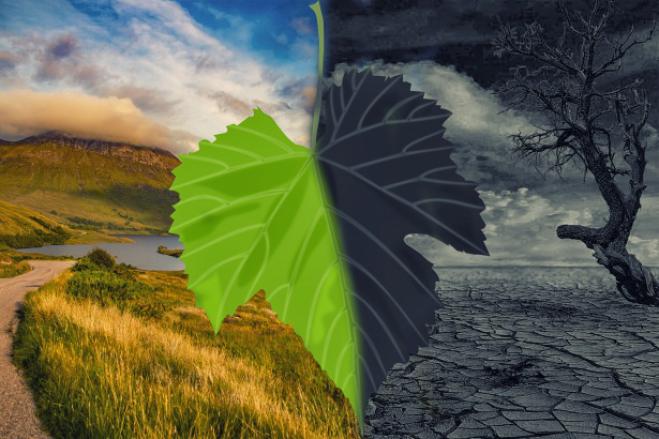 The life expectancy of the inhabitants of Greece due to air pollution is expected to decrease by about a year annually.

This was stated, among others, by the members of Climpact- National Network for Climate Change, in a press conference they held on Thursday in view of their 5th forum on "Climate Change and Air Pollution" which starts on Friday in Kythira and is organized by the National Observatory and the Municipality of Kythera.

At the same time, during the discussion, the members of Climpact referred extensively to the increase in the frequency of fires due to climate change, as by the end of the century fires in the Mediterranean will have doubled and the firefighting period will have extended by 40 days.

As the director of the Institute of Environment and Sustainable Development of the National Observatory of Athens and scientific director of the CLIMPACT network, Professor Nikos Michalopoulos, stressed, climate change is inextricably linked to greenhouse gas emissions from the burning of fossil fuels, which is the main source of greenhouse gas production.

"The very significant quantities of greenhouse gases greatly affect human health and the climate, with the result that the life expectancy of people in Greece is reduced by 12-13 months," said Mr. Michalopoulos. According to Mr. Michalopoulos, air pollution can affect climate change in various ways, as the composition of the atmosphere itself is very important for the climate through the suspended particles.

Nightmare in the Mediterranean

"Suspended particles depending on their composition can either lead to a cooling of the atmosphere, or in the case of carbon produced by combustion in fires to heat the atmosphere," said Mr. Michalopoulos.

At the same time, Mr. Michalopoulos referred to the latest report of the Intergovernmental Panel on Climate Change, according to which in the coming years until 2070 all the expected increase in temperature and the decrease in rainfall will result in an increase in the risk of occurrence of the cases of fires in the Mediterranean will have doubled by the end of the century, with a probability of over 95%

Therefore, the period that will be dangerous from the fires is expected to be extended by 40 days, ie the firefighting period is going to be extended.

The forum comes to complete a cycle of scientific dialogue that has been taking place for over 4 years about climate change and its effects in various fields, such as the marine environment, agriculture, tourism, etc.