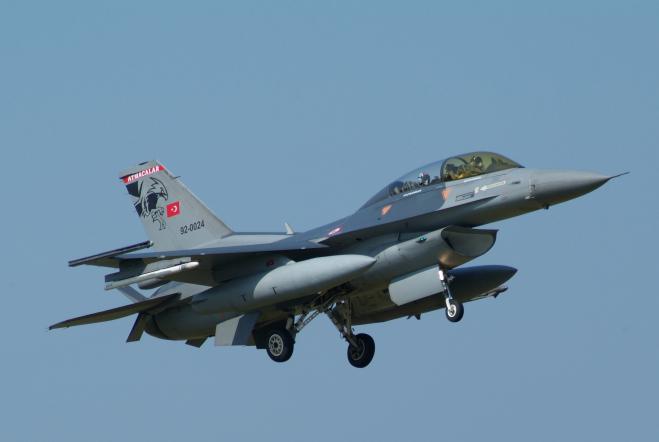 There is no end to Ankara's provocative actions and inflammatory statements against Greece. It is characteristic that yesterday at the meeting of the National Security Council of Turkey accusations were made against Greece.

At the same time, Turkish Foreign Minister Mevlüt Çavuşoğlu once again attempted to question Greece's national sovereignty, noting, among other things, that the ownership status of some islands has not been clarified, while once again he raised the issue of the demilitarization of Aegean islands.

No end to proclivities

In an interview with the state-run Turkish channel TRT, the Turkish foreign minister referred to Ankara's request to Washington for F-16s, and the objections being expressed.

Noting Turkey's effort in relation to the acquisition of new F-16s from the US, he emphasized that Ankara cannot say yes to an agreement that will tie its hands. "What do they say there? Greek airspace. What do you mean when you say Greek airspace?" asked  Çavuşoğlu referring to islands and islets which, as he argued  Greece, "unjustly" characterizes as its own and islands whose boundaries have not been defined. "There are islands which Greece says are its own, islands and islets whose ownership status is not clear and which have not been ceded by agreements," the Turkish Foreign Minister argued.

Meanwhile, according to the statement issued after Turkey's National Security meeting, Ankara accuses Greece of "provocative actions" and "violations of (Turkish) territorial waters and (Turkish) airspace", which he even described as "increasing" and "unacceptable".

As noted in this regard, at the meeting chaired by Tayyip Erdoğan, "it was emphasized that it is unacceptable for Greece to continue its increasing violations of territorial waters and airspace in addition to provocative actions."

Barrage of provocations with dozens of violations

As if all this was not enough, yesterday, Ankara went on a provocation barrage with 75 violations in the Aegean.

In particular, according to the data of the Hellenic Armed Forces General Staff, Turkish aircraft carried out 75 violations of the National Airspace, while there were also 5 engagements (virtual dogfights) with Greek fighters that had taken off to intercept them.