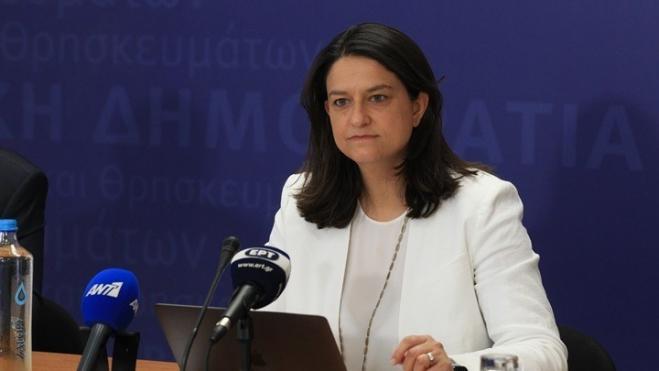 Education Minister Niki Kerameus will be in New York from September 16 to September 19, to participate in the Transforming Education Summit convened by the Secretary General of the United Nations, Antonio Guterres.

Kerameus will attend, as a representative of the Greek government, a series of sessions, as well as the closing session of the plenary on Saturday, September 17, on the subject of the digital transformation of education, as a joint leader with Singapore, according to an announcement by the education ministry.

As a member of Mission 4.7, "a network of representatives from the international political scene, academia, civil society and the business world, which aims to accelerate the transformation of education", according to the announcement, she will take part in an event held at Columbia University.

During her stay, Kerameus is expected to visit start-up companies specialising in digital educational tools and to have bilateral meetings with education ministers of other countries and members of the academic community.

During the preparation of the summit, Greece, through the Ministry of Education and Religious Affairs, "played a key role, as a member of the Summit's Advisory Committee and as joint leader (together with Singapore) of one of the five central thematic sections on digital learning and the transformation of education," according to the announcement. Furthermore, the ministry organised two rounds of national consultations and actively participated in the preparatory Summit of Education Ministers in Paris last June.