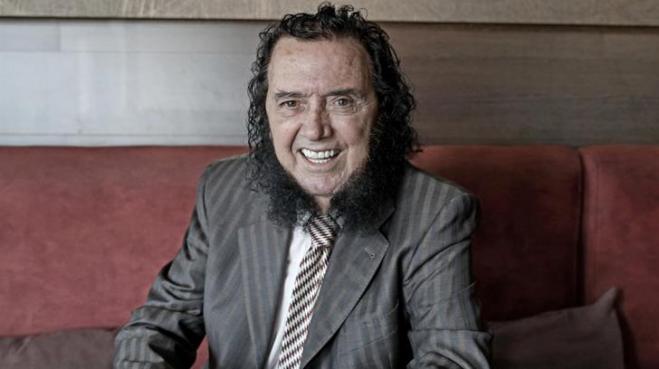 The last "goodbye" was bid by friends and relatives to renown Greek popular singer Stamatis Kokotas, who passed away in the early hours of Saturday, at the age of 85.

The singer was hospitalized at the Asklipieio Hospital of Voula and ended up after a rapid deterioration in his health.

The news of his death spread sadness throughout Greece, while the funeral was decided to be held at municipal expense at the Zografou Cemetery, as the beloved singer was a former resident and former municipal councilor of the area.

Born in Athens on March 23, 1937, his characteristic feature was his warm voice and long sideburns.

He managed to leave his own stamp on Greek music, with huge hits that we all Greeks loved. He had a significant recording presence during the 1960s and 1970s, when he collaborated with some of the most important Greek composers of the time, such as Stavros Xarchakos, Dimos Moutsis, Apostolos Kaldaras, Giorgos Hatzinassios, Yiannis Spanos, Giorgos Zambetas, Antonis Katinaris, Haris Lymberopoulos, Vangelis Pitsiladis, Lykourgos Markeas, Andreas Karagiannopoulos.

Stamatis Kokotas was married twice. From his first marriage he had two children - the singer Dimitris Kokota and Elli - and with his second wife, his other daughter Marianna.