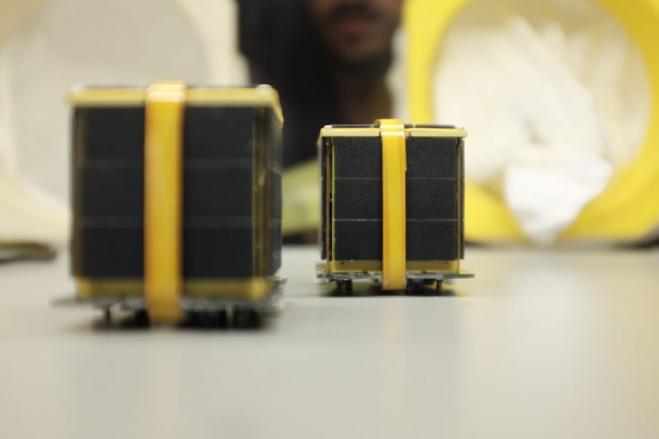 For the second time, the non-profit organization "Libre Space Foundation" is "visiting" space, through the two Greek pico-satellites QUBIK-3 and QUBIK-4, as well as their release system, PICOBUS, which were manufactured in Greece and put into orbit with flight of Firefly Aerospace's Alpha Flight 2 rocket.

The two "pocket" satellites, measuring 5 by 5 by 5 centimeters, were launched into orbit at 10:01 a.m. on Saturday, October 1, on the rocket launched from the military base in Vandenberg, California, USA. The previous time the Greek organization "went" to space was in 2017 with "UPSat", the first open software satellite, built entirely in Greece.

The current mission also involved satellites from NASA training programs, as well as companies and organizations from Spain. The organization "Libre Space Foundation" participated with the "QUBIK" mission, which in addition to the satellites - as mentioned above - also includes PICOBUS, the first satellite release system in the world, which is open design and open source. The purpose of the satellites in this mission is to conduct a series of radio amateur satellite identification and tracking experiments during the critical initial phases of a mission.

"For the last seven years, it has been continuously developing and strengthening its presence in the field of space, both globally and on a pan-European (continuous cooperation with the European Space Agency) level and at the national level (design and development of the first "open" satellite software" made entirely in Greece). Continuously expanding its space activities, it secures new partnerships while consolidating existing ones. Adhering to strict principles aimed at the freedom of space and its use exclusively for peaceful purposes, it manages to always focus on the expansion and enhancement of space knowledge and scientific research, for the benefit of all humanity. For this reason, the results of the organization's projects and activities are shared freely and are available to anyone who wishes to use, enrich and study them," the announcement concludes.