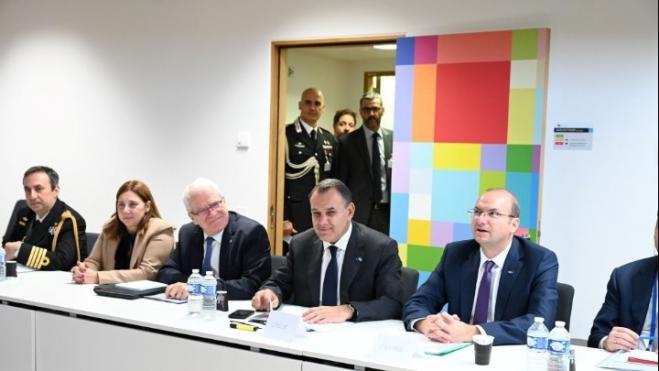 The National Defense Ministers of Greece, Italy, France, and Cyprus met on the sidelines of the Council of the European Union's Foreign Relations/Defense meeting on Tuesday and discussed coordination and collaboration before security threats in the East Meditterranean region.

France's Defense Minister Lecornu took the initiative for the Brussels meeting, which also included a review of the recent exercise 'Eunomia 3-22'.