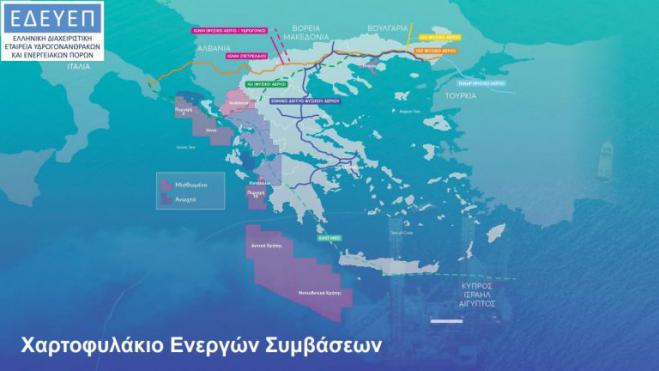 Norwegian PGS's Ramform Hyperion seismographic vessel is completing the acquisition of 3D geophysical data in block 2 – on the border of the continental shelf with Italy – leased by Energean. The work has been ongoing since the end of October and is reportedly nearing completion. The PGS special vessel spread its data collection cables over an area of ​​2,000 square kilometers in this concession, recording potential targets hiding natural gas deposits.

Helleniq Energy (formerly EL.PE) is now taking over the task of seismic research.

According to information, the geophysical research company PGS undertook, on behalf of the Greek energy group, to scan the undersea bed of the "Ionio" and "block 10 - Kyparissiakos Gulf" marine concessions. The 'Ramform Hyperion' will take over the work and is expected to get to work acquiring 3D geophysical data very soon.

It is recalled that Helleniq Energy had carried out two-dimensional seismic surveys in the two marine concessions last February.

For the new seismic surveys, the Navy Hydrographic Service has issued a relevant NAVTEX since November 26 reserving specific areas for Ramform Hyperion operations.

According to available information, the work of the PGS special vessel will last until mid-January.

Based on the schedule of seismic surveys published by Hellenic Hydrocarbons and Energy Resources Management Company S.A. (HEREMA S.A.), the processing and evaluation of the seismic data for blocks 10 and Ionio is expected to be completed towards the end of 2023, with the result that the first research drilling is planned for the beginning of 2024.

The schedule for block 2 is similar.