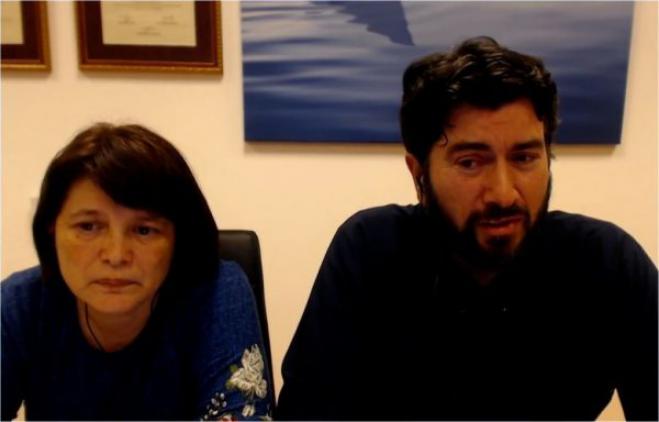 Many questions are being raised about the finances of the Ark of the World as well as the accounts of those responsible for the charity, as new evidence is coming to light that shows that there were huge sums available.

The personal accounts of both father Antonios and his spouse, known among the Orthodox with the title "presbytera", have come under the microscope of the authorities, while the origin of the money in the charity's accounts is being examined with particular interest, as well as whether there were other amounts in safe deposit boxes.

As it was revealed, father Antonios had a payroll account in his name in which 120,000 euros were found. But oddities don't stop here as it became known that the specific account had not been touched for the last 8 years.

Meanwhile, the Anti-Money Laundering Authority is reportedly starting an investigation of the priest's wife whereabouts in order to check all financial aspects as well as the route of the money coming into the Ark from donations.

The fact that set off the alarm in the said Authority, as the law editor of MEGA channel, Anna Kandili reported, was the thousands of movements in some of the accounts of the priest and his wife, as there were about two thousand .

The movements of the presbytera

At the same time, the presbytera, Stamatia Georgantis, hastened, a few hours before she was punished by the Board of Directors of "Kivotos" to empty a safe deposit box - of the two she had - that she kept in a bank.

There are enough questions about this deposition, as Mrs. Georgantis was no longer a member of the NGO's Board of Directors, while she did not clarify where this money was hidden.

Meanwhile, the data from the investigations, which are proceeding at great speed, show deposits of 12.5 million euros in the accounts of the "Arkof the World", while it was established that the NGO owns close to 200 real estate assets.

At the same time, in the five personal and joint accounts of father Antonios and the presbytera, which were frozen, there are deposits of over 250,000 euros, with the authorities looking to see if these amounts are justified by their activities and if they have been declared.

The Anti-Money Laundering Authority has proceeded to freeze the personal accounts in all the country's credit institutions for both Father Antonios and the presbytera, as well as the priest's parents, following an order given by the head of the Authority , honorary deputy prosecutor of the Supreme Court, Charalambos Vourliotis.