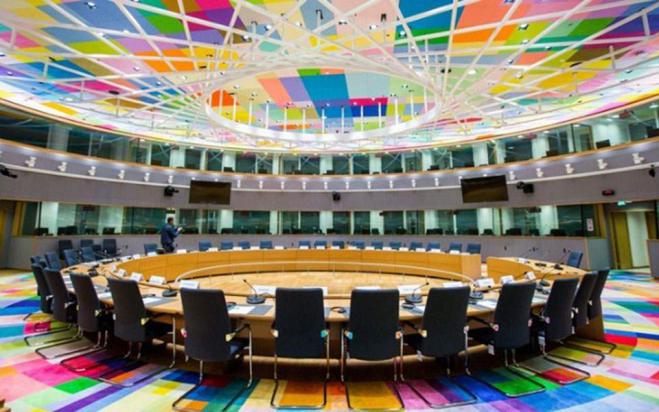 The two-day event appears to be important for the Greek economy, as some issues concerning the country will be raised at the European level.

Finance Minister Christos Staikouras is expected to be in Brussels today and tomorrow, in order to participate in the Eurogroup and Ecofin meetings. On Monday, the finance minister will take part in the Eurogroup, in which the overall picture of the budgets of the member states and the economic prospects of the single currency zone will be discussed.

Afterwards, the European Commission's communication on the directions for the reform of the European Union's economic governance framework will be discussed, as well as the Post-Program Monitoring Reports of Cyprus, Ireland, Portugal and Spain.

The Eurogroup will also discuss the 1st Post-Program Monitoring Report of Greece, which was successfully completed about 10 days ago, and on the basis of the Report is expected to decide on the implementation of agreed Greek debt relief measures linked to the implementation of specific policies .

These measures include the release of the eighth and final tranche of the profits of the European central banks from the purchase of Greek bonds (ANFA/SMP), which was pending from the first half of 2019, the zeroing for the second half of 2022 of the additional margin (step-up margin), the integration of which is foreseen in the loan interest rate granted by the EFSF to Greece, and for the first time the permanent reduction of this margin to zero for the period 2023-2049.

New president of the Eurogroup

At the same time, the finance ministers of the eurozone will exchange views on the work program of the Eurogroup for the first half of 2023 and will proceed with the election of the president of the Eurogroup.

The Eurogroup will also meet today in an expanded composition, with the agenda of macroeconomic developments and prospects, focusing on coordinating efforts to address high energy prices and inflationary pressures. The finance minister will also take part in the meeting of the Governing Council of the European Stability Mechanism (ESM) tomorrow.

Tomorrow, Tuesday, Mr. Staikouras will participate in the Ecofin meeting, which will discuss the implementation path of the Recovery and Resilience Fund and the Recovery and Resilience Plan for Hungary, as well as the proposal for an implementing decision on the European Union budget protection measures against violations of the principles of the rule of law in Hungary.

The agenda of the session also includes a discussion on financial support to Ukraine, the Directive on ensuring a global minimum level of taxation of multinational groups in the European Union, the European Union budget for 2023, the review of the Union's economic governance framework, the revision of the energy taxation directive, the course of legislative proposals for financial services, etc.