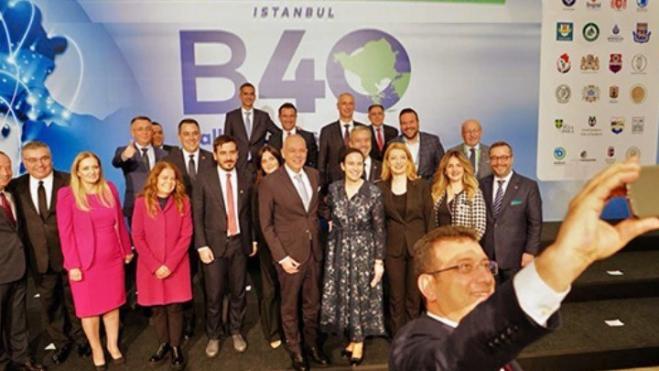 The city of Athens, with mayor Kostas Bakoyannis as host, will on January 22-24 welcome mayors  from 66 cities and 10 countries in the Balkans, in the context of the B40 Balkan Cities Network Conference aiming at a common course for stability and prosperity in the Balkans.

Istanbul Mayor Ekrem Imamoglu will hand over the presidency of the B40 Balkan Cities Network to Bakoyannis, with whom they have built a strong 'bridge' of cooperation in recent years, in an effort to strengthen Greek-Turkish friendship and bring the two peoples closer.
In a statement, Bakoyannis said: "Athens will assume the presidency of the B40 network of the most significant Balkan cities. The Greek capital wants and can significantly improve Balkan cooperation. Athens is becoming a modern metropolis and knows how to improve infrastructure and everyday life. This knowledge, culture and method we want to share with the other cities of the network".

The conference will be held at the Athens Technopolis.