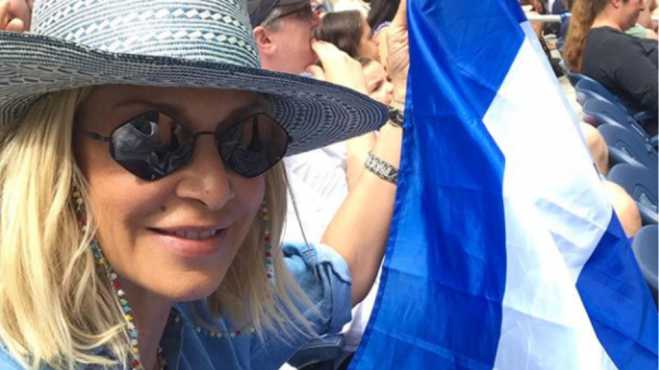 Anna Vissi wanted to show her love for Greece during Stefanos Tsitsipas' tennis game at the US Open, but was given a reprimand.

The famous singer is currently in New York, where her daughter Sofia lives, and wanted to see a game of the Greek tennis player at the US Open. She also took the Greek flag with her. What followed, she herself described in a post on Instagram: "Flags are banned here. We brought it anyway! We have already gotten a reprimand because we waved it twice. "