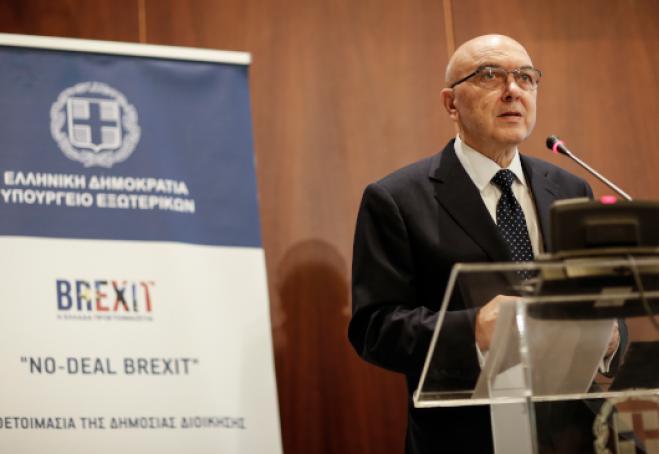 A top Greek foreign ministry delegation, led by the deputy minister who holds the economic diplomacy portfolio, Kostas Fragogiannis, wound up a tour this week of various Boston-area universities and meetings with business executives and expatriate entrepreneurs.

A second leg of the junket to San Francisco was cancelled due to the Covid-19 pandemic.

The Boston visit included stops at Harvard and MIT, with a meeting taking place with the founders of the Hellenic Institute of Advanced Studies and professors Efthimios Kaxiras and Petros Koumoutsakos of Harvard, and Dimitris Bertsimas and Michael Triantafyllou of MIT, respectively. Talks reportedly revolved around the Hellenic Robotics Initiative.

Other contacts between the Greek government delegation and noted academics were with Constantinos Daskalakis of MIT, Harvard professor emeritus of cell biology Spyros Artavanis-Tsakonas, and Harvard senior associate provost and CTO chief Isaac Kohlberg, one of the “architects” of the so-called Israeli technological miracle.

The delegation members, which also included Christos Dimas, the deputy minister for research and technology, also toured the Cambridge Innovation Center and spoke with its founder, Tim Row, followed by a meeting with the head of the Netherlands’ attaché for innovation, technology and science in the greater Boston area, Mart Duitemeijer.

A scheduled tour of the Ring/Amazon Devices office and a meeting with COO Mike Harris was conducted via a video-conference, as a member of the delegation had come into contact with a confirmed Covid-19 infection.