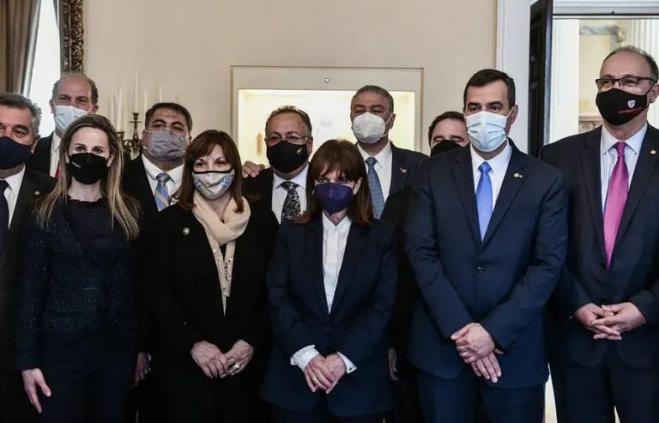 A delegation from the American Hellenic Educational and Progressive Association (AHEPA) was received on Monday by Greek President of the Republic Katerina Sakellaropoulou.

Members of the delegation also met with Prime Minister Kyriakos Mitsotakis, who expressed his appreciation from the Greek-American organization’s initiatives in support of national Greek positions in the United States, as well as for its charity work.