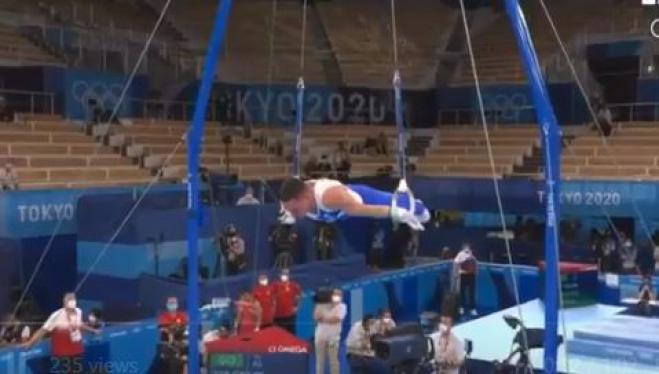 Lefteris Petrounias took third place in the final of the Rings with 15,200 points, after an excellent performance.

Lefteris Petrounias, despite the adversities he has faced lately, conducted an impressive and very difficult program, however a misstep at the end cost him.

Thus, after the gold medal in Rio in 2016, the "Lord of the Rings" won the bronze at the Tokyo Olympics, making all Greeks proud.

At the same time, he became the 2nd Greek after Demosthenes Tabakos (gold, silver) with two medals in the rings.

Lefteris Petrounias in the final garnered 15,200 points. The gold medal was won by China's Liu Yang with 15,500 and the silver by his compatriot Hao Yoo with 15,300.

It is recalled that Petrounias' coach, Dimitris Raftis, stressed that in November 2019 Lefteris Petrounias was virtually out of the Olympics and it is a miracle that he was present in Tokyo qualifying for his last match in Doha.

Of course, this is a huge success if we consider what Lefteris Petrounias has achieved in the last three years.

The 31-year-old gymnast underwent surgery on his left shoulder, battled against time and finally qualified for the Olympics almost a month before Tokyo 2020.

It is recalled that his coach, Dimitris Raftis, stressed that in November 2019 Lefteris Petrounias was virtually out of the Olympics and it is a miracle that he was present in Tokyo qualifying for his last match in Doha.

Third on the podium

Petrounias was smiling at the end of his effort, but his disappointment also showed as he did not manage to get a second gold at the Olympic Games.

The award ceremony followed, with the bronze medalist taking Greece to third place on the podium.

"Vindication for those who believed in me, rendezvous in Paris"

"The medal is dedicated to Greece and my daughters. I feel very full. It was an excellent and difficult final," the bronze medalist said in his first statements, referring to the adverse conditions he has faced lately.

"There was a lot of pressure and the emotions are very mixed."

"I have a bittersweet taste, I like to win and you can be sure that I will win again. I have not yet fully comprehended getting the medal. It means justification for me and those that continued to believe in me even in difficult times and it is an answer to those who stopped believing in me after the surgery," he added.

Asked what he would say to his mother, he replied: "Mom, I did it. We will rendezvous in Paris, we will book first class." 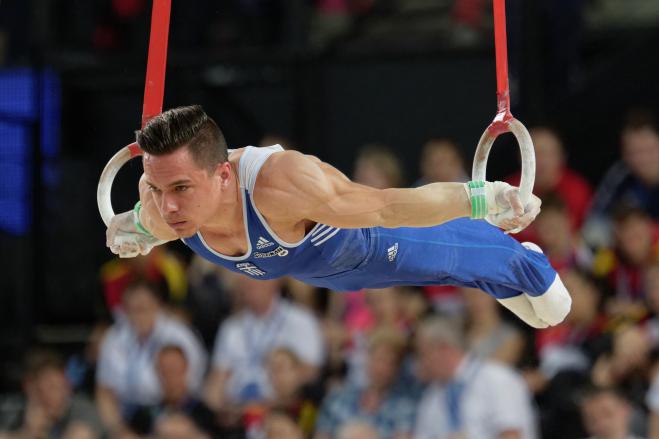 The Greek “Lord of the Rings” Lefteris Petrounias won the gold medal in the men’ rings competition at the World Gymnastics Championships in Doha.