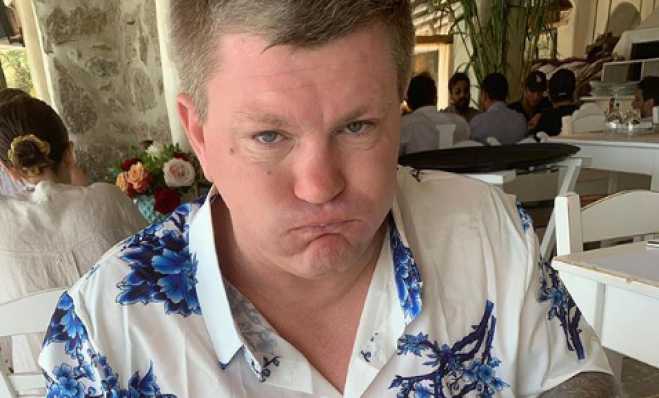 Boxing legend Ricky Hatton has joked he woke up this morning in a “puddle of f****** tears” after realising he spent €920 on a piece of Kobe Ribeye steak.

The 40-year-old racked up a food bill worth a whopping €1,927 with his girlfriend Charlie at the Nammos Restaurant in Mykonos, Greece.

But the Hitman saw the funny side of it as he posted a before and after picture of him demolishing his dinner, as well as a snap of his huge bill.

Taking to Instagram earlier today, he said: “Just woke up this morning in a puddle of f****** tears.

“That’s what you get for being a fat greedy little s***.”