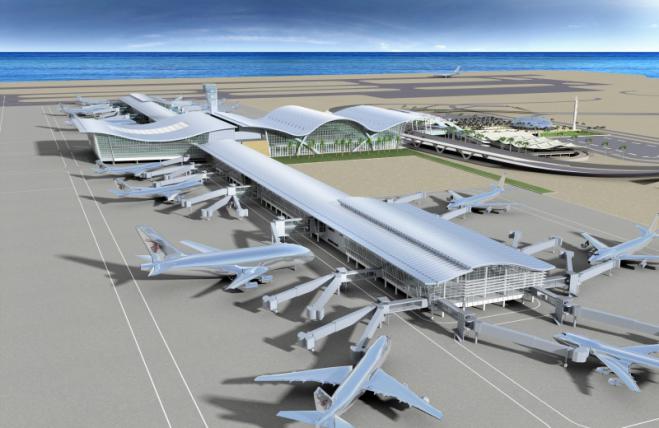 The European Investment Bank (EIB) has announced that it would be providing a 28-year, 180-million-euro loan to Greece for the construction of a new airport on Crete.

Ariadne Airport Group, a consortium made up of Greek construction firm GEK Terna and India’s GMR Airports Limited (GAL), will undertake the construction and operation of Crete’s highly-anticipated Kastelli Airport, a 517-million-euro project for a period of 35 years.

The EIB signed the 180-million-euro loan deal with Greece pledging its support for the key infrastructure project to be erected some 30km outside Heraklion, and expected to handle more than seven million passengers a year. The project will kick-start works on a number of other urgent investments on the island, including the completion of the so-called north road axis and several peripheral roadway networks.

“We are truly pleased that a major development project is underway; the new airport of Heraklion, in the area of Kastelli. A very important project for the island of Crete, but also for our tourism as a whole,” said Infrastructure and Transport Minister Kostas Karamanlis.

The existing Heraklion airport is the second busiest in Greece and the most important of three civil airports on Crete. Passenger numbers at the current airport have grown since 2012 and now exceed some 8.1 million passengers a year. This is well above the number expected when the airport was built and can be adequately handled today. Once complete, the new airport is expected to increase operational capacity to ensure passenger comfort and improve services.

“The European Investment Bank recognizes the importance of new investment to increase passenger capacity, improve security, and support growth of the tourism sector in Greece. The 180-million-euro EIB loan will enable construction of the new Heraklion airport to finally start after many years of planning and delay,” said Andrew McDowell, EIB Vice President responsible for lending operations in Greece.

The Kastelli Airport venture has repeatedly been put on the backburner with the first competition for contractor announced in 2008, and re-launched under new terms in 2014.

Thousands of jobs are expected to to be created the airport’s during construction and more once it is operational.

The existing airport will be closed once the new airport in Kastelli is operational.