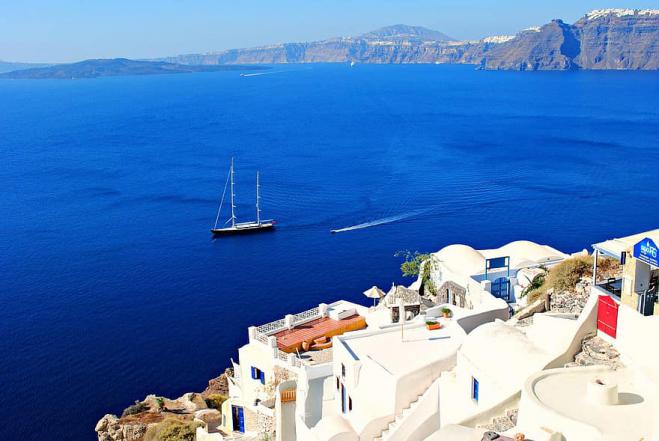 July is leaving a bitter taste for the tourism professionals, but also for the government's financial staff, as the increase of coronavirus cases in European countries and the return of uncertainty have cut back expectations for something better in August and September.

July came in with the expectation that domestic tourism and the opening of borders to key customers in Greece would reduce heavy losses. The hope was expressed that an extension of this season until October will work beneficially. Unfortunately, these estimates are not confirmed and according to calculations of the president of the Panhellenic Hoteliers Federation, Gr. Tassios, this year's receipts will reach a maximum of 3 billion. euros, against 18 billion. euros last year and 20 billion. euros predicted before the outbreak of the pandemic.

Tourism: At 25% the fullness nationwide

"July is leaving with an average oof 25% occupancy nationwide, despite the opening of the countries," the federation president told media, adding that this trend, this low arrival rate, will continue into the first ten days of August.

In addition to the escalation of cases in countries such as Spain and France, which forced the major tour operators to change their plans, the consistently bad image of the US, the "ban" in Russia, deeply concern industry professionals who are also worried about the reluctance for domestic tourism. "There is a phobic climate," observes G. Tassios, adding that at present the initial expectations for high occupancy in mainland destinations are not confirmed, ie where travel by boat or plane is not required.

Tourism in the islands in August

For August, the month when Greeks traditionally prefer for their holidays, the data so far lead to the conclusion that only in the small islands - mainly Cyclades - the fullness will be high, while in the big islands and land destinations the average will be around 50%. In fact, as the president of federation hastens to clarify, these estimates do not refer to the whole of August, but only to the period from 7 to 20 of the month, that is, the peak of summer vacations.

Tourism: Fears of a big "dive" in September

As for September, G. Tassios does not hide his concern, if not his fear, for a big "dive" if the country's tactics do not change. Among other things, the Greek authorities recommend the measure of 72 hours as an "passport" of entry, in order to facilitate arrival from countries such as Russia, where cases are low in proportion to the population.

G. Tassios notes that all the tests performed by EODY on the hotel staff are negative and this should be taken into account by those who hesitate to travel, in contrast to the cases of dispersal and cases in Airbnb, which confirm concerns about the proper implementation of hygiene protocols. On the other hand, the complaints of the Greeks about high prices in domestic accommodation - "some want to take out their losses on us", they say characteristically- despite the crisis, have reached the ears of professionals in the industry, who are oriented towards movements to attract those still hesitant.