Leipsoi made a dynamic “entrance” this summer, with the estimated data of the tourist traffic exceeding in some cases even the numbers of 2019. 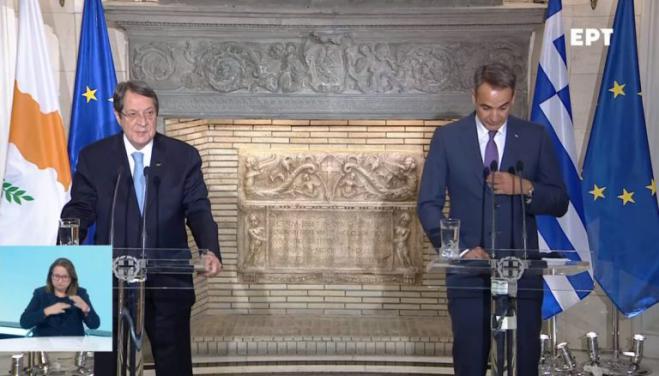 Greek Prime Minister Kyriakos Mitsotakis on Tuesday underlined that both Greece and Cyprus will never resign from the “paramount right”, as he said, to self-defense, speaking with visiting Cypriot president Nicos Anastasiades by his side. 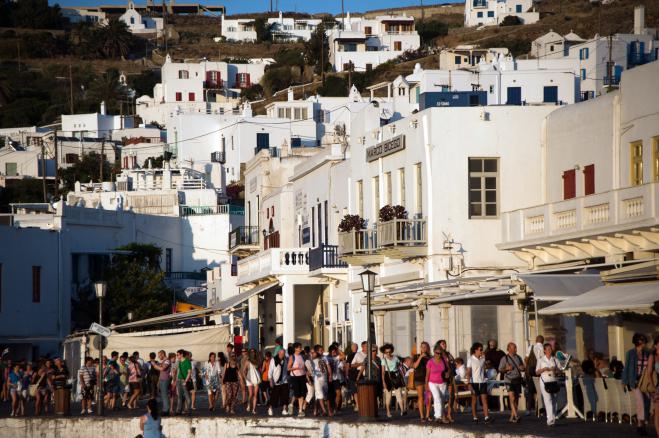 The new wave of the pandemic and its mutations threatens the tourist season, which was preparing to give a "breath of  life" to the Greek economy.

The sharp increase in infections in Mykonos has led to the imposition of a series of measures, which can be a "model" for other tourist destinations.

Crete, Santorini, Paros, Ios, and Corfu are some islands that are under increased surveillance by experts, but still not in a similar situation as Mykonos.

When the restrictions in Mykonos were announced, tourists left the island in waves for other destinations abroad or for the nearby Aegean islands.

Faced with the blow to the local economy, Mykonos businessmen have taken a series of countermeasures in an effort to save what they can from this tourist season, especially after the lifting of restrictive measures on July 26th.

The Association of Entertainment & Catering Businesses of Mykonos - SEDEM, is calling for the review of "the hasty and catastrophic decision for the tourism of the country as a whole and not just for Mykonos" emphasizing that "the damage is growing every hour  and very soon it will be irreversible" .

In fact, they propose that the government take measures, such as a mandatory mask everywhere and controls, while they intend to subsidize their employees with 150 euros for them to be vaccinated with the single-dose vaccine.

As a leading tourist factor commented to Ot.gr, Greek tourism faces the problem that anyone who is in quicksand faces.

As soon as he tries to move, he sinks more. So our industry, as soon as we are encouraged by one thing, something else comes and creates more problems for us.

The epidemiological situation, in which the country found itself yesterday, allows no complacency, when in fact there are many scientists who openly ring the alarm for a repeat of the "Mykonos model" throughout the "orange" zone, ie in Paros , Ios, Santorini, and Crete.

At the same time, the president of Union of Athens Hospital Doctors (EINAP) Matina Pagoni stressed that Mykonos will be followed by other islands.

As she explained, several islands are now in the "orange" and "the fine must fall one after the other and the shops that do not comply with the measures must be closed".

It is reminded that an extraordinary meeting of the competent authorities is expected to take place today, Monday, and the following additional measures are being considered:

Alafm from the president of Panhellenic Hoteliers Federation

Meanwhile, the representatives of the tourism industry are sounding the alarm that if the measures are not followed up to the iota, the season is in danger of being lost.

Typically, the president of the Panhellenic Hoteliers Federation, Grigoris Tassios, speaking to AMNA, stated that "the example of Mykonos clearly shows that we are in the second season of Covid. Where the measures are not observed, the local economy is in danger with all that entails." He added that "there is concern, as I said two months ago, the epidemiological data will judge how the season turns out."

At the moment the country is at better levels than 2020, Mr. Tassios emphasized, however he noted that Mykonos was the first bell, if the measures are not followed meticulously and the vaccination does not proceed, we may not have a season after August.

Focusing on the cancellations on Mykonos, the president of Federation speaks about reasonable cancellations coming from Greeks and foreigners, as he explained.