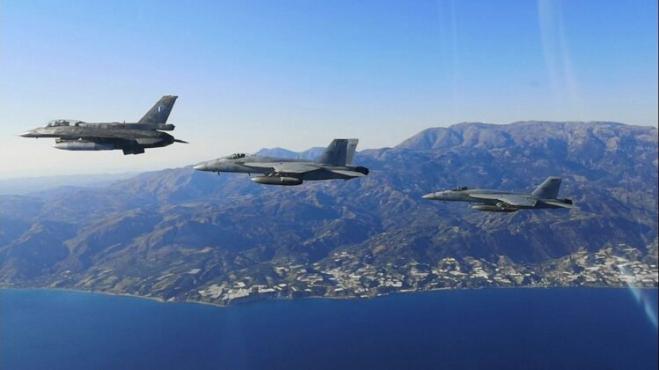 A draft bill introduced in the US Senate on Wednesday entails – if ratified – a dramatic upgrade in defense ties between Greece and the United States, according to an exclusive report in newspaper "To Vima"..

The bill, which according to reports is entitled “US-Greece Defense and Inter-parliamentary Partnership Act of 2021”, was sponsored by US Sen. Bob Menendez (D-NJ), the chairman of the US Senate Foreign Relations Committee.

The draft legislation covers a substantial investment in Greece’s military and security infrastructure.

The proposed Act would, among things, officially declare US support for the sale of fifth-generation F-35 warplanes to Greece, including the aircraft produced for but never delivered to Turkey after the Erdogan regime purchased the Russian-made S-400 air defense system.

The legislation would also make efforts to deepen strategic infrastructure projects, such as shipyards and ports, official US policy.

This development comes ahead of a decision by the Greek government to select a new naval frigate acquisition program, in tandem with a modernization of several surface vessels in the Hellenic Navy.

The Act is also seen as a precursor for greater investment in Greece’s military and the promotion of joint exercises with the US military.

The report, by-lined by Vima reporter Angelos Athanasopoulos, would also declare that “Greece is a pillar of stability in the eastern Mediterranean region and the United States should remain committed to supporting its security and prosperity”.

Finally, the draft legislation includes a reference to the recognition of the importance of Cyprus, Greece, and Israel to regional stability, and as such, allows for more investment in joint maritime security exercises in the eastern Mediterranean.