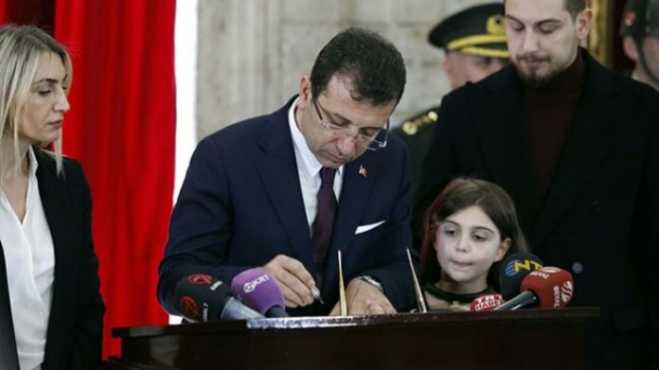 The Justice and Development Party (AKP) mayor of İstanbul’s Esenler district has said Greeks were very happy about the election of Republican People’s Party (CHP) İstanbul mayoral candidate Ekrem İmamoğlu in the March 31 local elections because he is from Trabzon.

Esenler Mayor Tevfik Göksu was referring to the Pontic Greeks who traditionally lived in the region of Pontus, on the shores of the Black Sea and in the Pontic Mountains of northeastern Anatolia until 1922. Trabzon, İmamoğlu’s hometown, is a Black Sea province in northern Turkey.

Speaking at a fast-breaking dinner on Tuesday, Göksu said it was the Greek media that was the happiest about the election of İmamoğlu as İstanbul mayor on March 31.

He asked the people where İmamoğlu was from. In response, they said, “Trabzon.”

“This is a big incident. They have another thing in mind,” said Göksu in remarks that attracted widespread criticism.

Although İmamoğlu was elected according to the results of the March 31 election, in a controversial decision on May 6 Turkey’s Supreme Election Board (YSK) decided to hold a new mayoral election in İstanbul.

The YSK made its 7-4 decision due to allegations of electoral fraud and irregularities after Turkish President Recep Tayyip Erdoğan’s ruling AKP lost the race in İstanbul.