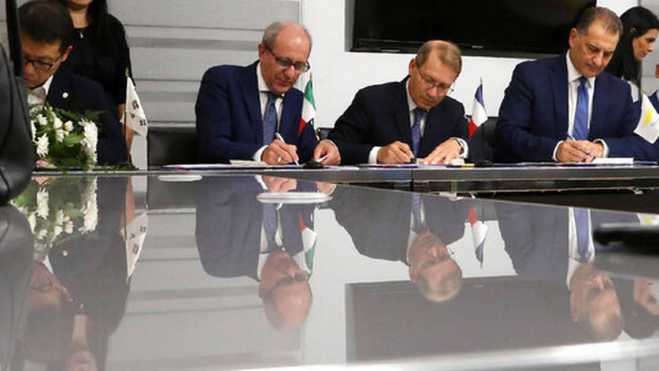 Energy companies Total of France and Italy's Eni have teamed up to expand their search for natural gas off southern coast, signing a licensing agreement Wednesday.

Cypriot Energy Minister Georgios Lakkotrypis said the companies will have an equal share in a new block into which a gas deposit that Eni discovered in an adjacent block last year is believed to extend.

Lakkotrypis said Total also gains a 20-40% share in four of Eni's concessions inside Cyprus' exclusive economic zone. Korea's Kogas is also a partner with a 20% share in three of the four concessions.

With Wednesday's signing, Eni and Total now hold exploration licenses for seven of Cyprus' 13 blocks. ExxonMobil and a partnership between Texas-based Noble Energy, Dutch Shell and Israeli Delek hold licenses for one block each.