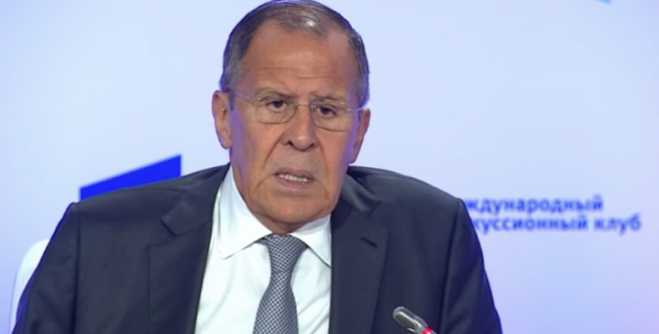 I strongly accuse the United States of America of pressuring the Orthodox Churches to recognize the so-called Autocephalous Orthodox Church of Ukraine, Russian Foreign Minister Sergei Lavrov stated during the 16th annual meeting of the Ukrainian Orthodox Church.

According to the Russian foreign minister, to date none of the Orthodox Churches has recognized the newly established Church in Ukraine, which is a creation of political actions and decisions.

"The US is putting pressure on Orthodox churches, such as in the Middle East and North Africa, and when they do not see their desire to obey, they are trying to threaten to disrupt their local church," the Russian Foreign Minister said.

Sergei Lavrov also referred to the dialogue between Moscow Patriarch Kirill and Pope Francis, stressing that continuing the dialogue would help protect religion from political games, especially in areas where there is conflict.

"The dialogue initiated by the Patriarch and the Pope could be continued precisely in terms of protecting religion from political games, games taking place in areas where conflicts and crises have erupted," the Russian Foreign Minister added.

In closing, Mr. Lavrov stressed: "I hope that together with the Russian Orthodox Church, other religions and in cooperation with relevant foreign partners, we will be able to more actively to protect religious sentiment from politicization."