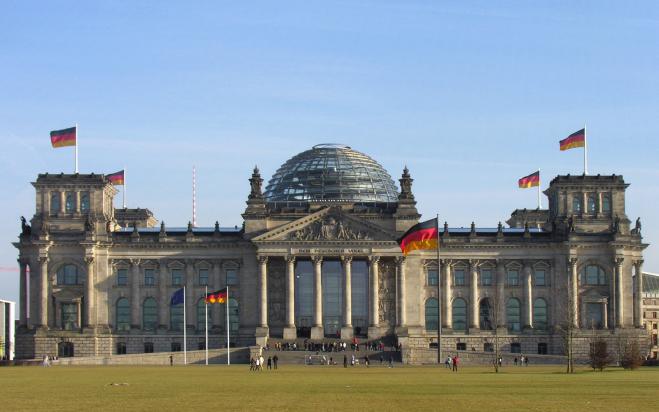 The draft conclusions of the upcoming Berlin conference on Libya, a copy of which was made available to TASS on Friday, emphasize the need to form a unified government in the country.

"We [the participants] support the Libyan Political Agreement as viable framework for the political solution in Libya," the document reads. "We also call for the establishment of a functioning Presidency Council and the formation of a single, unified, inclusive and effective Libyan government approved by the House of Representatives," the document adds.

The participants also "urge all Libyan parties to resume the inclusive Libyan-led and Libyan-owned political process under the auspices of the UNSMIL [the United Nations Support Mission in Libya], engaging in it constructively, paving the way to end the transitional period through free, fair, inclusive and credible parliamentary and presidential elections." The document underlines "the important role of neighboring countries in the Libyan stabilization process."

"We commit to using all bilateral contacts to urge all Libyan parties to enter into the ceasefire and engage in the intra-Libyan political process under UNSMIL auspices," the document adds.

Participants in the Berlin conference on Libya call for the termination of all military movements in support of the parties of the conflict.

"We call for the termination of all military movements by, or in direct support of, the conflict parties, in and over the entire territory of Libya, starting from the beginning of the ceasefire process," the document reads.

Turkey announced earlier that it would send troops to Libya to support the Government of National Accord (GNA) headed by Fayez al-Sarraj. On January 16, Turkish President Recep Tayyip Erdogan said that Ankara had begun the deployment of troops to Libya.

The draft conclusions of the upcoming Berlin conference on Libya call for security reforms in the country.

"We [the participants] call for the restoration of the monopoly of the State to the legitimate use of force," the document reads, adding: "We support the establishment of unified Libyan national security, police and military forces under central, civilian authority, building upon the Cairo talks, and the documents produced there-in."

Sanctions on those breaching arms embargo

The draft conclusions of the upcoming Berlin conference on Libya call for sanctions on those who breach the United Nations Security Council arms embargo.

"We [participants in the conference] commit to unequivocally and fully respect the arms embargo established by the United Nations Security Council Resolution 1970 (2011) and the Council’s subsequent Resolutions, including the proliferation of arms from Libya, and call on all international actors to do the same," the document reads.

"We call on all actors to apply and enforce UNSC sanctions, including through national implementation measures, against those who are found to be in breach of the UNSC arms embargo or the ceasefire."

A special Follow-up Committee will be set up under the United Nations aegis to implement the results of the Berlin conference on Libya.

The international committee will deal with the implementation of the six Libyan settlement "baskets" outlined in the document. They are the ceasefire, weapons embargo, resumption of the political process, reforms in the security sector, economic reforms, and humanitarian law and human rights.

"We herewith create an International Follow-Up Committee (IFC) in order to maintain coordination in the aftermath of the Berlin summit, under the aegis of the United Nations," the document says.

According to the document, the committee will meet on a monthly basis at different locations. "At the end of each session, a conclusion acknowledging specific achievements or compliance would be presented," it reads.

Apart from that, special working groups will meet in Libya or Tunisia twice a months.

The draft conclusions also call on the parties to the Libyan conflict to make a ceasefire agreement.

"We [the participants] welcome the marked reduction in violence since January 12 and the negotiations undertaken in Moscow on January 14 aimed at paving the way towards a ceasefire agreement," the document reads. "We call for credible, verifiable, sequenced and reciprocal steps, starting with a truce implemented by all parties concerned, including credible steps towards the dismantling of all armed groups and militias by all parties," the document says, emphasizing the need "for the redeployment of heavy weapons, artillery and aerial vehicles and their cantonment."

"We call upon the United Nations to facilitate ceasefire negotiations between the parties, including through the immediate establishment of technical committees to monitor and verify the implementation of the ceasefire," the document adds.

Participants in the Berlin conference on Libya also call for economic reforms in the country, as can be seen from the draft conclusions of the conference.

"We support the Economic Dialogue with representatives of Libyan financial and economic institutions, and encourage the implementation of structural economic reforms. To facilitate this dialogue, we support the creation of an inclusive Libyan Expert Economic Commission composed of representatives of the key financial and economic institutions," the document reads.

The participants also "encourage the establishment of a reconstruction mechanism for Libya supporting development and reconstruction in all regions under the auspices of a new representative and unified government of national accord exercising its authority over all Libyan territory, to develop the severely affected areas."

An international conference on Libya will take place in the German capital on January 19. According to the German government, the event will involve a number of countries, namely Russia, the United States, China, the United Kingdom, Italy, France, Egypt, Algeria, and the United Arab Emirates, as well as organizations such as the United Nations, the European Union, the African Union and the Arab League.