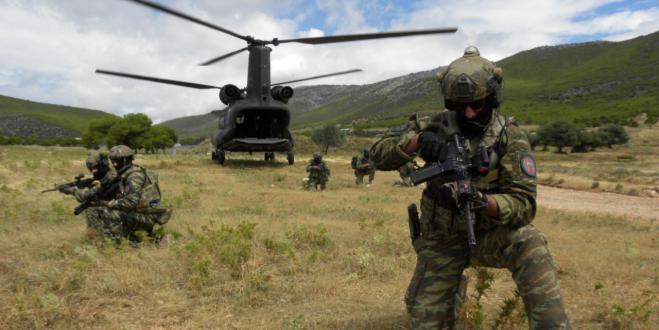 In the list of countries with the highest military power for 2020, Greece. is in 33rd place, while Turkey is ranked 11th.ahead of regional powers like Iran and Israel.

The list was compiled by specialized military website "Global Firepower" which assess each nation according to a number of factors through an inhouse formula.

According to the website, Egypt climbed to 9th place from 12th last year. The top eight are in the US, Russia, China, India, Japan, South Korea, France and the United Kingdom.

After Egypt, Brazil is in 10th place and Turkey in 11th. Followed by Italy and Germany.

However, the list although gauging hardware and manpower in numbers, does not assess true fighting ability. For example as it says for Israel's IDF: it is always in a state of readiness, the nation of Israel fields one of the most capable military forces in the world - despite its size.

One could point out that the world's largest and most powerful military, the USA, has not won  a war since Korea, if one excludes the Granada and Panama adventures.

For those in the know the 33rd place for Greece belies it true warfighting potential and capabilities of its personnel, while Turkey's 11th place for example is based partly on the size of its forces, but cannot factor in the fact that it has lost most of its pilots and competent officers to purges. Brazil just ahead of Turkey, in 10th place, has no way near as much hardware as Greece. 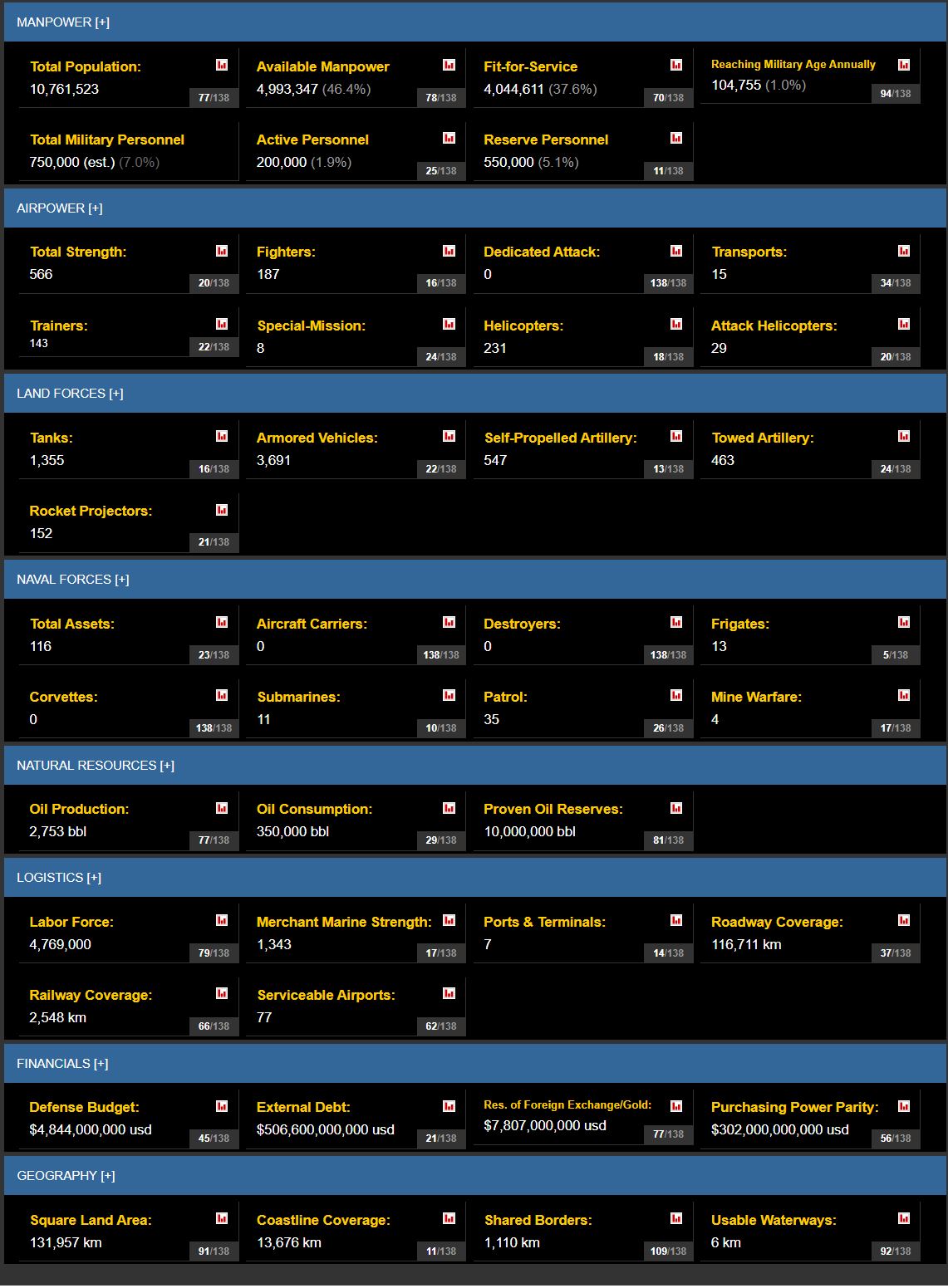 You can see more stats for all countries HERE